Sulphur-damaged floodlights have been removed from the Kawerau Skate Park and BMX track due to concerns they could cause serious injury. 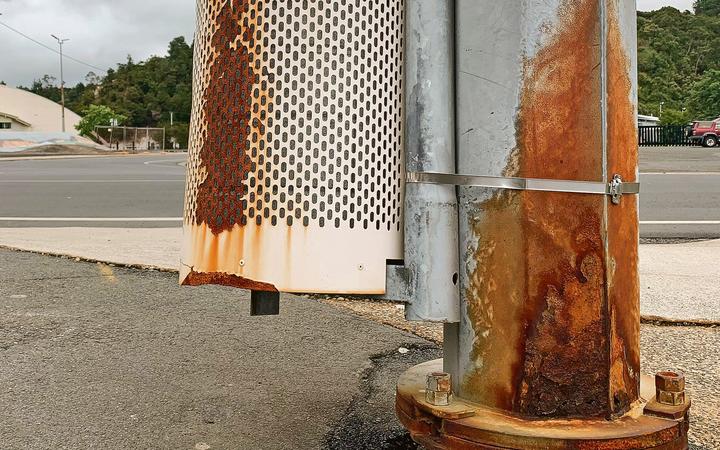 Inspections of the floodlights found heavy corrosion from sulphur in the surrounding environment.

Several sections of the pole were then removed to ensure public safety in the event of storms or high winds.

The replacement of the floodlights and several streetlights in the surrounding area was discussed at the Kawerau District Council's last meeting of the year.

Councillor Berice Julian said it was a shame the lights had got to this state and it was a "no-brainer" - they had to be replaced.

"That is a high use area and the kids like to ride around there on their bikes," she said.

"All it would take is for one of them to crash into a pole and it would cause a major accident. One or two may even be killed."

Mayor Malcolm Campbell said the lights were in one of the most acidic areas in the country and corrosion like this was unavoidable.

"We may need to be more proactive with our health and safety, but those lights will always need maintenance," Campbell said. "It's a real issue along there."

Council staff estimated it would cost $44,780 to replace all the damaged flood and streetlights.

Some of this will be met through the council's roading budget but it is also applying to the Eastern Bay Energy Trust for funding.