Auckland Mayor Phil Goff's targeting of illegal dumpers continues to receive stinging criticism from South Auckland councillors, despite his office's attempts to highlight the success of the crackdown. 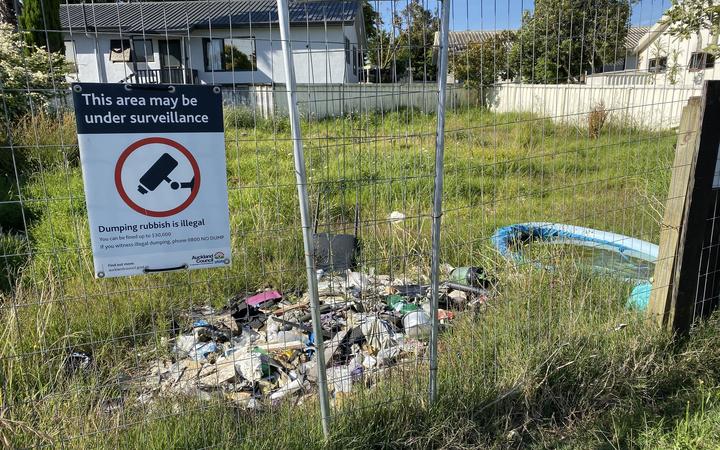 Since February 2018, $200,000 has been funnelled into Mr Goff's plan to clean up rubbish illegally dumped at empty sites, green spaces, roadsides and waterways.

The money has been spent to set up a hotline, improve communications around waste management and hire more staff - $40,000 alone was spent to clear a backlog of rubbish illegally dumped in South Auckland.

In total, 544 infringement notices have been issued, as well as six prosecutions. More than half of the 1019 fines since 2013 had been issued since the extra funding was announced.

Illegal dumping is particularly visible in Auckland's south, where, despite the favourable numbers, councillors say Mr Goff's pet project has failed to counter the impact of Auckland Council policy settings around waste management.

Papakura-Manurewa ward councillor Daniel Newman did not believe the illegal dumping crackdown had made a difference, despite a steady stream of PR lauding the initiative.

"The problem is that when you don't provide adequate means for people to dispose of their inorganic rubbish then you're going to create the conditions for more dumping," he said.

"And I think that chasing the headlines around the number of infringement notices and prosecutions is fanciful.

"It's the tip of the iceberg and I don't believe that it presents an adequate response to the plight of people who are struggling to manage the amount of inorganic waste."

The first major change under council's Waste Management and Minimisation Plan was made to inorganic collections.

It axed kerbside inorganic rubbish collections and replaced them with a pre-arranged pick-up service instead. 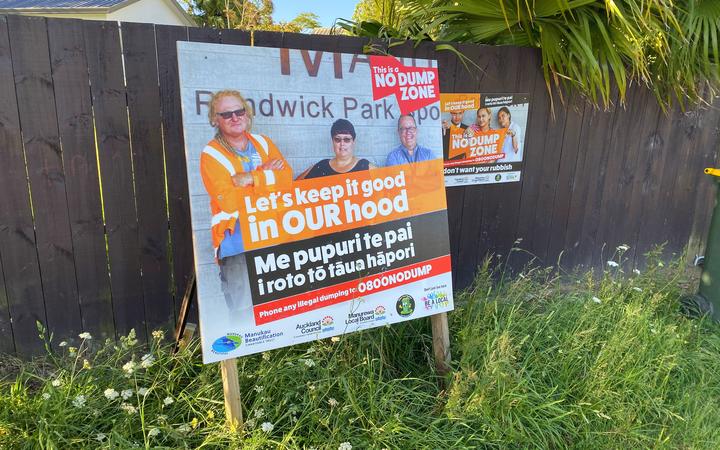 A sign in Randwick Park, Manurewa, requesting people do not drop their rubbish in the suburb, which has been a hotspot for illegal dumping. Photo: Nick Truebridge / LDR

The plan described the shift as a change "for the better". Mr Newman, however, disagreed.

"My view is that what the council is doing is trying to achieve an outcome that requires people to fundamentally change their lives and I don't think that is happening.

But the mayor's office was quick to hit back at Mr Newman's claims, with a spokesman for Mr Goff saying they were "at odds with the evidence".

"This pattern holds in South Auckland.

"The volume of illegally dumped rubbish has fallen in Manukau by 13 percent and in Papakura we have collected 19 fewer tonnes of rubbish while responding to 34 percent more requests for service from the community, which means people are reporting it sooner and enforcement is happening before more can accumulate."

According to Mr Goff's office, South Aucklanders were "reporting illegal dumping at some of the highest rates in the region".

Changes to inorganic had not increased illegal dumping, his spokesman added.

According to the mayor's office, the year regular inorganic collections stopped there was a 50 percent reduction in illegal dumping associated with the previous service, from 85 percent to 35 percent.

"When we surveyed residents about inorganics collection at the end of financial year 17-18, 96 percent said the service was the same or better than the previous year, and 82 percent of people are satisfied or highly satisfied with the overall service."

But Papakura-Manurewa ward councillor Angela Dalton remained concerned changes to waste management could have a negative impact on her constituents, particularly the shift to fortnightly refuse collection would see illegal dumping proliferate in her ward.