A family violence advocate says it's unsafe for abuse survivors to complain about a judge's behaviour, as Family Court reveals reviews are being carried out. 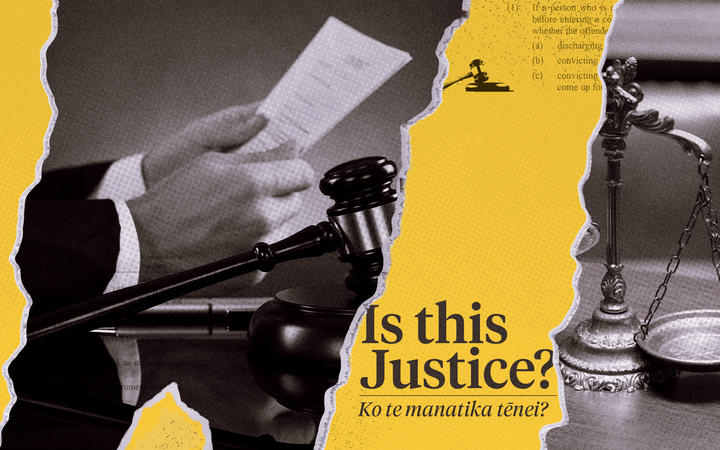 Two reviews of the Family Court are underway to ensure its judges are up to scratch and victims are happy with their court experience, the Principal Family Court Judge says.

It comes as a family violence advocate says it is currently unsafe for abuse survivors navigating the Family Court to lay complaints about a judge's behaviour.

Victims who did were often further penalised by the judge and the inability to hold them to account for this behaviour created dangerous situations, especially for women and children survivors of abuse, Backbone Collective co-founder Deborah Mackenzie said.

RNZ reported this morning that the vast majority of complaints laid with the Judicial Conduct Commissioner since 2005 were dismissed, and the figures were sparking criticisms that the system was "broken" and in need of major review.

Judicial independence, protected in law, means judges cannot be disciplined. A judge can be removed from office by the Attorney-General, or by Parliament if they are a senior court judge, but this has never happened. 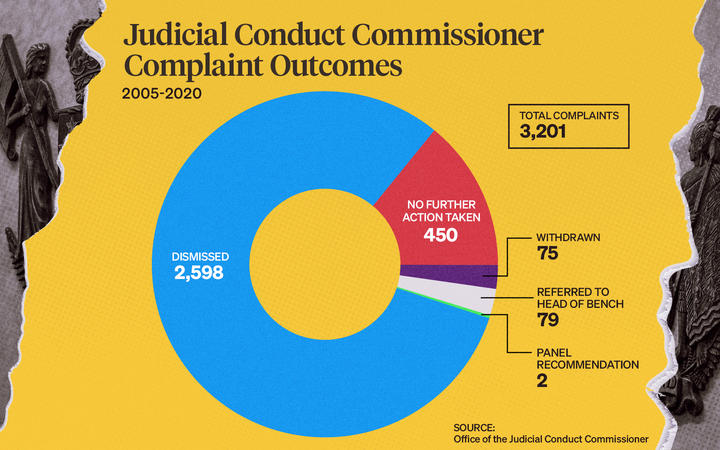 Women and child victim survivors in the Family Court were some of the most vulnerable court users but were often penalised for complaining about a judge, family violence advocate Deborah Mackenzie, a co-founder of The Backbone Collective, said.

"I'm still hearing from women every week, by email, that their experience in the family court isn't improving."

Backbone, a charity that works for women victims of abuse, first raised the issue five years ago after it surveyed 496 women and found 85 women said they had been verbally abused by a judge. Others felt discriminated against based on their gender, ethnicity, religion or ability, or felt they were "being belittled, being mocked, being told they were hysterical or lying about the abuse," Mackenzie said.

"We were really looking at what options are out there for victim survivors if the family court is failing them? How can they complain if it isn't safe to do so? What we identified is that the JCC is not effective or safe because it's not independent. It's judges considering the behaviour of judges."

Complaining often made the situation worse because complainants were shared with the judge being complained about, Mackenzie said. "That then becomes the backdrop for how their proceedings are responded to by the judge from there on after.

"Women talked about being seen as serial complainers or vexatious complainants, that they were mocked and made fun of for their complaining. So it isn't safe for many victim survivors to complain in the first place," Mackenzie said.

Just over a fifth (21.6 percent) of the 162 complaints made about judges to the JCC between 2019 and 2020 were about Family Court judges, but it was not known which judges were complained about, or whether a single judge had been the subject of multiple complaints.

"It's hard to imagine that the legal profession is perfect, including judges. And yet when we look at the annual report of the JCC, that is the view that we've given," Mackenzie said.

University of Auckland law lecturer Fuimaona Dylan Asafo, who has called the judicial complaints system "broken" and in need of major review, agreed.

"Knowing that there's this power imbalance, especially between women who are victims of crime and judges in a judicial complaint system, I think it's pretty safe to assume that there are judges who are currently on the bench who shouldn't be there."

Amanda White launched a petition calling for changes to the judicial conduct complaints system following what she calls her "insidious" treatment from several Family Court judges over an 11-year period.

The Judicial Conduct Act 2004 was not up to scratch, she said, even though it was brought in after a United National Commission on Human Rights report in 2000 criticised New Zealand's lack of judicial oversight and procedure for disciplining a judge for misconduct.

"It has nothing to do with disciplining a judge whatsoever. It's like the fox protecting the hen house. At the end of the day, we do not have any laws to keep judges honest and competent, and that's unacceptable."

Grant*, whose complaint was dismissed by the JCC in 2017, agreed. He said while the Judicial Conduct Act could remove a judge from office for serious misconduct, it protected them from any other kind of censure. "There was no intention of allowing judges to be held to account. They have unbridled power."

In the decision letter, seen by RNZ, Commissioner Alan Ritiche said after listening to the tape he concluded the "content, tone and tenor" of the judge's comments did not match Grant's description in his complaint.

The Commissioner wrote to the judge asking him to comment on Grant's complaint, but he replied saying he would only answer direct questions, if there were any. The Commissioner did not have any further questions and the complaint was dismissed. "I am satisfied that the way the Judge behaved towards the complainant...arose from significant exasperation over what he perceived to be the complainant's own shortcomings in the proceedings before the Court," Ritiche wrote.

While complaints to the JCC can only be about a judge's behaviour, not their decisions, Mackenzie said there was often a fine line between the two. The consequences of those decisions could be the difference between "life or death" for women abuse survivors, she said.

"Conduct and decision-making are so closely intertwined… because conduct is informed by beliefs, experiences, what they know, but also the culture and then the way the court operates."

"At the moment, the culture of the court doesn't currently support evidence-based practice. So it's important to improve the understanding of the judiciary or family violence and sexual violence, but that alone is not going to improve the conduct of judges."

Principal Family Court Judge Jacquelyn Moran said the vast majority of complaints about family court judges were dismissed because they were not about a judge's behaviour, but about their decisions.

Some complainants may feel a judge's behaviour was unacceptable but this might not actually be the case, she said. The nature of the Family Court meant it often dealt with traumatised or vulnerable people and that could influence their view of proceedings.

"We can do our very best to make that in court experience, which is always going to be difficult for them, the best that we can, and that's what we're seeking to achieve. But I suspect it's their horrendous experience, which also impacts on the way they see things on the court." 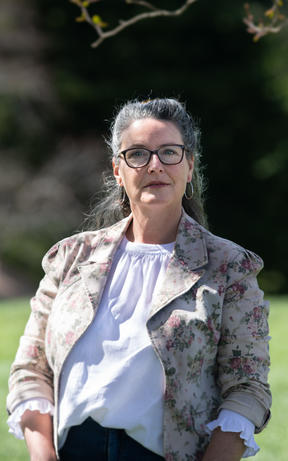 However, this does not mean things could not be better, Judge Moran said. A review was currently being carried out by University of Canterbury law professor and family violence expert Elizabeth McDonald to identify where change was needed.

"She is going to review the current education provided for our family court judges, and part of that project is to analyse the research and the reports that are done on our court, along with judicial decisions and any other matters that impact on our court and identify if, and where, we need to make changes."

This included analysing the research and reports that have already been done on the Family Court, including those from advocate groups such as Backbone.

The Backbone Collective has been advocating for an independent body to deal with complaints from family violence and sexual violence victims about their court experiences since 2017, but Judge Moran didn't believe this was needed.

However a separate project being carried out by the Family Court judiciary, which brings in the government's Chief Victims Advisor Kim McGregor, would gather feedback from victims and advocates to ensure their treatment in the family court met their needs.

"So everything that directly affects the way in which they experience court processes is being addressed," said Judge Moran.

Both these pieces of work were expected to be completed in the coming months.

Backbone's Deborah Mackenzie welcomed the review but said it fell short of what Backbone had hoped for. "It is concerning that it has taken so long for the Family Court to take victim-survivor experiences seriously and it is a far cry from the United Nations CEDAW recommendation from 2018 and 2021 that there be a Royal Commission of Inquiry into the Family Court."

"Those topics include abuse dynamics, trauma responses, impacts on and risks to children, unsafe responses - such as reliance on the concept of parental alienation and ensuring the court environment is physically and psychologically safe for victim-survivors."

She hoped the results of the review were transparent and made public. "The last thing victim-survivors need is a repeat of the Review Panel into the 2014 Family Court reforms which failed to address the issues victim-survivors raised in submissions."

*This article originally said a training programme for judges had been planned but did not go ahead, when it actually went ahead online. This has been removed. The story also originally said one of the reviews was wide-ranging. This was not meant to imply the review was looking at the whole of the Family Court but a wide range of issues within judge education and victims' experience. The words "wide-ranging" have been removed to avoid confusion. origianlly said a separate project was carried out by a panel of experts, this is done by the Family Court Judiciary, as now indicated in the story.