Showering with your cellphone may sound bizarre to some. But for an increasing number of Kiwi families, it's seriously hampering efforts to reduce bills and increase sustainability, Teresa Cowie discovers. 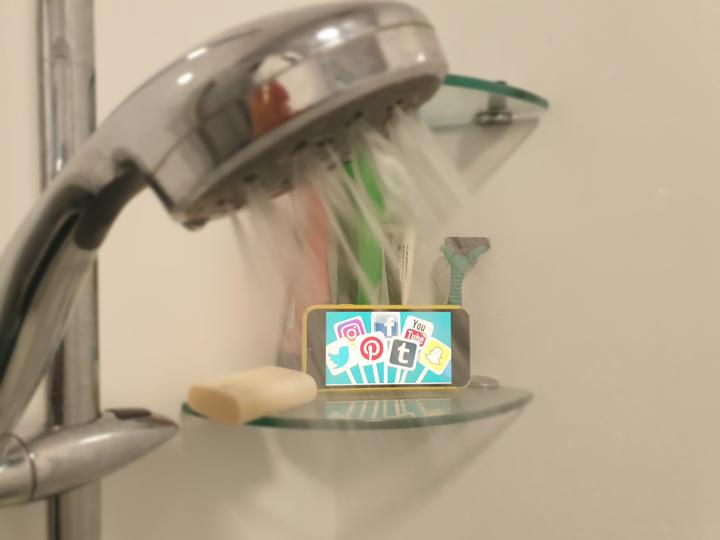 If there was a competition for New Zealand's cleanest man, Matt* from Lower Hutt would definitely be in the running. He puts his personal record for surfing in the shower at about 1.5 hours. That marathon effort was achieved while binge-watching episodes of a television series one Saturday morning.

Matt rarely has a shower without his phone in hand, dangled just outside the condensation cover glass screen door. It's been part of his daily ritual ever since he got a smart phone - about a decade ago.

"I do a lot of browsing social media, check the emails. If I'm planning for a longer one, I might watch an episode or two on Netflix", he says.

As a busy dad he enjoys the quiet time to himself. But his happy place has, at times, made him unpopular at home.

"The wife actually pays the power bill each month - I hear from her every month [about the huge bills]. We've only got one bathroom as well. So, the kids aren't too happy with me taking up all the space."

Matt's family have asked him to take a long bath instead, but he remains undeterred.

Wellington's Sustainability Trust - a social enterprise that offers free in-home energy use assessments - says taking our phone addictions into the shower is a huge step backwards for household sustainability.

Yet the organisation's staff are coming across an increasing number of households where people are checking social media, or cracking into another episode of whatever they're binge-watching, while steaming hot shower water cascades over their shoulders. 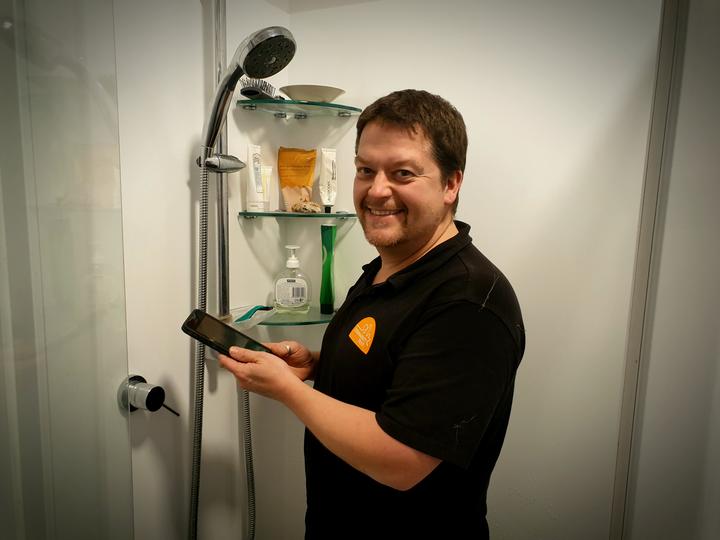 Karl Wheddon, a home performance assessor at the Trust, says it was when waterproof phones first became common about two years ago, that he began hearing from customers whose plans to have a more sustainable home were being scuppered by teens filming in-shower dance routines for social media.

"I went to a home and the lady told me that she had a teenage fella, and she walked in on him pretty much in the shower, TikTokking. And he would be in there for 10 to15 minutes or so."

Wheddon says it meant the unlucky family member last in line for the shower was in for a cold one.

But what may seem like a small indulgence can have a major effect on water and energy consumption, he says. Especially as water shortages become commonplace in our major cities every summer. (At present, people in drought-stricken Auckland are advised to keep their showers to four minutes or less).

Luke*, 26, from Wellington, reckons he's been using his phone in the shower since he was about 16. For the past decade, he's spent up to 30 minutes at a time basking under the shower head - messaging friends, watching TV and catching up on current affairs. He doesn't have a waterproof phone, but says his height is an advantage for keeping it dry.

"To use my phone in the shower, because I'm quite tall, I can just hold it up around head height and normally the shower water just bounces off below the phone."

Taking your phone into the shower may seem bizarre to some, but innovators appear to have caught on to the consumer trend. For upwards of $30, one can pick up a shower curtain with pockets of varying sizes - designed to hold a phone or tablet. Marketed as a way to 'stay in touch with the world while you are bathing,' the product's sales pitch boasts users can 'listen to music, play games, watch news, social networking sites, and enjoy entertainment without any delay'. 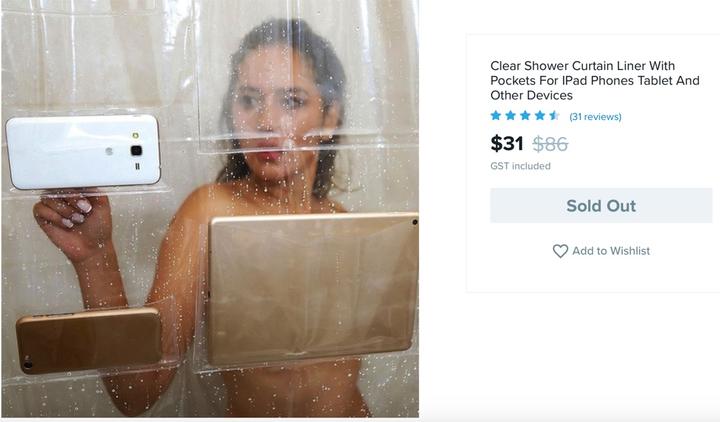 Both Matt and Luke consider themselves to be keen to live a more sustainable life, but admit they haven't joined the dots when it comes to how much water and energy they're using on their phones in the shower.

Karl Wheddon says when he's assessing homes, he gets about two or three householders a month with complaints about 'shower surfing'. But he says if the offending phone addict is having trouble with quitting their habit, there are some things that could keep water and energy usage down. He suggests using an egg timer or setting a mobile phone alarm to keep showers times in check. Bringing down the temperature on the hot water thermostat, and installing a water-saving showerhead or flow limiter can also keep more water - and money - from going down the drain.

Wheddon says hot water generation is one of the biggest users of energy in the home.

"Heating water can account for about a third of your power bills. And certainly... shorter showers mean you'll be using less water and saving the city's resources."

He says most hot water used in the home is from showering, so it is worth making an effort to keep them short if you want a more environmentally and financially sustainable home.

For Matt and Luke, that means it might be time for them to find somewhere else to surf the net.

*Matt and Luke asked to be identified by their first names only.