Super wealthy friends of Foreign Minister and New Zealand First leader Winston Peters were invited to go to Antarctica partly in the hope they may donate private money to the redevelopment of Scott Base, he says. 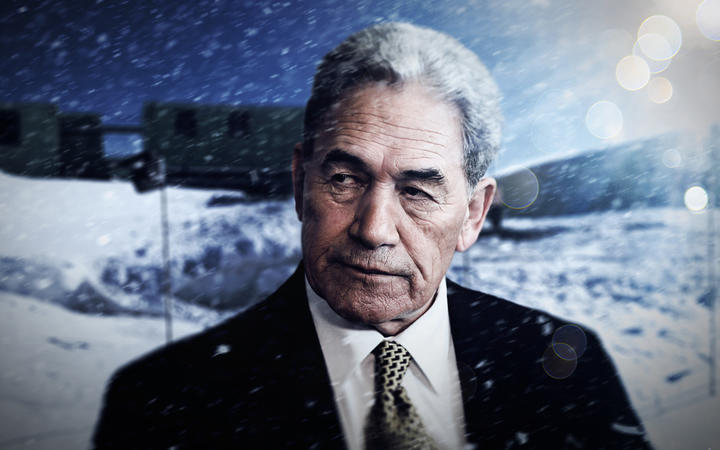 The deputy prime minister was reacting to revelations that two women closely linked to one of the richest families in South East Asia were granted prized trips to the frozen continent on his direction.

Prime Minister Jacinda Ardern would not say whether his behaviour was appropriate however, and the women who took the trip say they were never asked for money.

Antarctica New Zealand scrambled to make the trip happen without disrupting its science programme, and said it was never told why Peters nominated the pair.

Emails showed the government agency pushed back against the move, worrying it could derail Antarctic science, and said it still did not know why they had been nominated and was directing all questions to Peters.

Today he had an answer - he was hoping his friends might help contribute towards the $50 million of private money the government wants to help redevelop Scott Base.

"That's what it is about, I've asked countless people from around the world to join this programme. Swiss ambassdor, other people as well, it's only part of that and I despise this racist attack on innocent people," Peters said.

Despite that - the pair have not been asked for money.

"They have not given any money at this point of time, no-one's asked for any money," Peters said.

In fact, this is not even a publicly known fund raising programme at this point.

Bee Lin Chew said she was a good friend of Peters and met him because of her family's business dealings with Peters' old friend, former National Party MP Philip Burdon.

Peters acknowledged the two women were friends of his and was asked today whether that was a factor.

"Look, I've had countless people, and members of Parliament in their droves have been down there. And, dare I say it, I've seen 14 journalists go on a trip, could you please tell me what they did for Antarctica?"

Ardern was this afternoon not exactly endorsing his actions however.

"Those questions should go to the minister of foreign affairs, I'm not involved with the deployment of individuals on those visits," she said.

She would not even say whether she backed the idea of sending rich people to the ice in hopes they would donate.

"This is something I've been advised of only retrospectively in the last few hours," she said.

Deputy National Party leader Gerry Brownlee said he did not accept the idea of the pair being possible contributors to the Scott Base redevelopment as a valid reason for them to travel to Antarctica.

He said if there was a campaign to get private money for Scott Base then the government should be up front about that.

"You'd expect that to be a very, very widespread programme, that a lot of New Zealanders could consider putting money into or people from overseas, but it must be transparent."

In Parliament, Peters said dozens of people had been sent to Antarctica over they years and Bee Lin Chew and Su Arn Kwek were being unfairly singled out.

"This has all been done over the years but not one of them has been the source, or origin, of a race attack," Peters said in the House.

"Winston Peters has just become a joke, that's taxpayer money for a good purpose, and he's just laughing at the New Zealand taxpayer, I think that's why he needs to be gone."