Mikassa Widdowson is on immunosuppressants after a kidney transplant and is spending her days in Auckland Hospital's neonatal unit with her premature baby. She speaks to *Susan Strongman* about being among the country's most vulnerable during the Covid-19 pandemic. 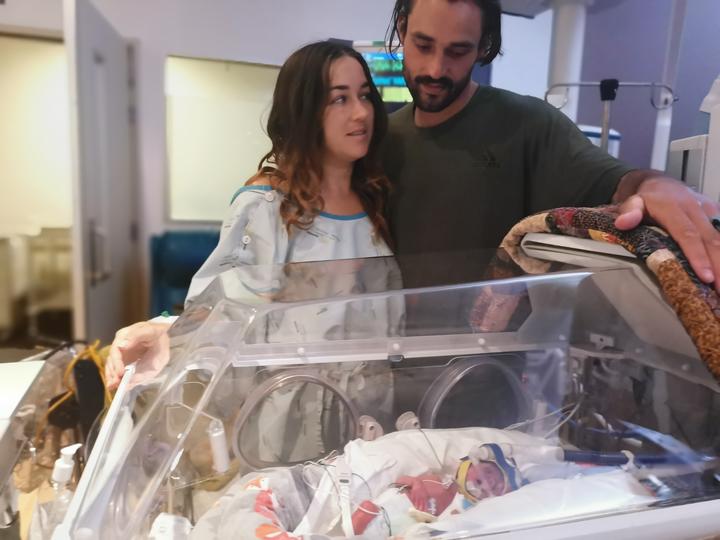 Each day, from the relative safety of Auckland Hospital's Neonatal Intensive Care Unit, Mikassa Widdowson and her partner Mahi Mains watch as their baby Mānuka fights to breathe and grow.

A helmet is strapped to his tiny head. It holds a device that delivers oxygen to his lungs, which are too small to function on their own.

The room is dark. Every day, Widdowson, 29, and her partner Mains, 27, sit on Lazy Boy chairs and stare at a screen filled with numbers and graphs - baby Mānuka's vital signs, his pulse, his blood pressure, oxygen saturation. Alarms and beeps punctuate the silence.

On 5 January, Mānuka was born at just 29 weeks gestation. He weighed 800 grams - slightly more than a block of butter. As soon as he was born his fight against death began - infection after infection, chronic lung disease.

Widdowson cries when she needs to - which is most days. It's good to get it out, she says. The nurses and doctors have become their family, their bubble, their support network during this strange and unprecedented time. They're amongst the kindest people Widdowson and Mains have ever met.

Around them - outside the unit, but not too far away - Covid-19 spreads and spreads.

Auckland Hospital's NICU is in lockdown - only staff and parents are allowed in. It has been for some time. Each morning, Widdowson and Mains wake up at home, make breakfast and lunch, and head out to see Mānuka. Sometimes they're back at their house by 7pm. Other times, they're at the hospital all night - taking turns napping and watching their baby.

From the very beginning - even before the virus entered New Zealand - they've been overzealous with their hand washing and sanitising, because Mānuka is so vulnerable. "I don't think I've washed my hands so many times in my life," Widdowson says. "I sanitise literally 100 times a day. And we wipe down all the surfaces. There's no one even coming into our room [apart from] the doctors and nurses... it's just being hyper vigilant.

"We just really want to get him out of there. We are at the hub. We're where sick people are coming. It's really scary for us, because we can't self-isolate. We're not going to be in lockdown - no way. We'll still be doing exactly the same thing - going in. I have to give him milk. He needs his mum and his dad." 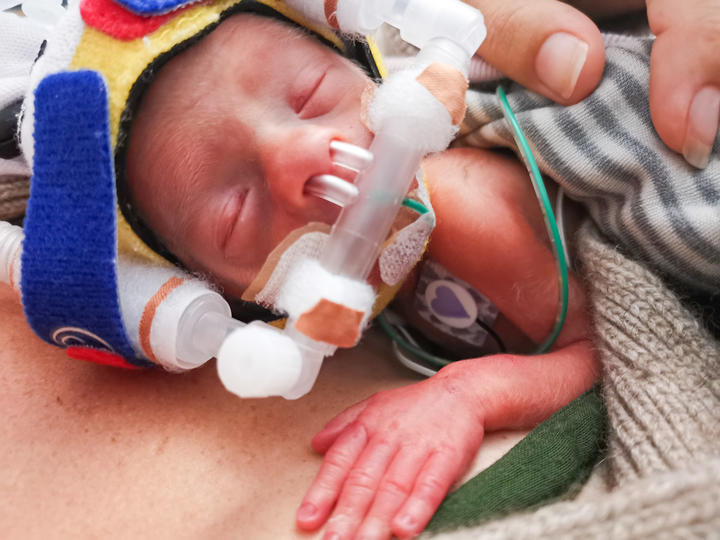 It was a relief for the family when the country's borders closed, and people were told to stay at home. It's not just Mānuka who is vulnerable. In 2015, Widdowson had a kidney transplant. She is on immunosuppressant drugs and will be for the rest of her life. This means she is highly susceptible to infection. A sniffle or a sore throat could land her in hospital. Like her baby, if she gets Covid-19, it will likely kill her.

"It's really easy to freak out all the time but we just can't," she says. "We just have to try and trust that we're doing absolutely everything we can."

They try to minimise contact with the outside world as much as possible. Home. Car. Hospital. When they arrive, they take the stairs, out of fear the elevator is filled with germs.

Earlier this week, out the car window, Widdowson saw a line of people waiting to get McDonald's before it shut down for a month. She wanted to yell at them for standing in line, risking infection, all for a burger and fries.

"Mahi and I have never had higher stakes for something," Widdowson says. "This is a whole new level of anything you could ever expect. Having this crisis in the world and having this tiny baby who's so vulnerable and precious.

"It's made our relationship super strong. We just look after each other. When one of us is weak, the other one's strong. Or if both of us are weak, we look to Mānuka for strength. We're a little trio fighting away together."

Mikassa says Covid-19 is always there, in her thoughts. "What if we have it? We could have it, and be in there with him, and give it to him. We could be the ones that give it to him."

Despite everything, Mānuka continues to battle. Last week, doctors said he would need a tracheostomy. A few days later, Widdowson and Mains were told that their son might not make it through the night. But at the weekend, a new course of steroids turned things around.

"He's made the best progress we could possibly hope for him to make. His oxygen requirements have come right down, which is amazing. He shocked all the doctors and nurses - he showed them."