Lauren Phillips, a 21-year-old apprentice from Invercargill, is competing at the WorldSkills tournament in Russia this week. Is she nervous? 'Not really'. 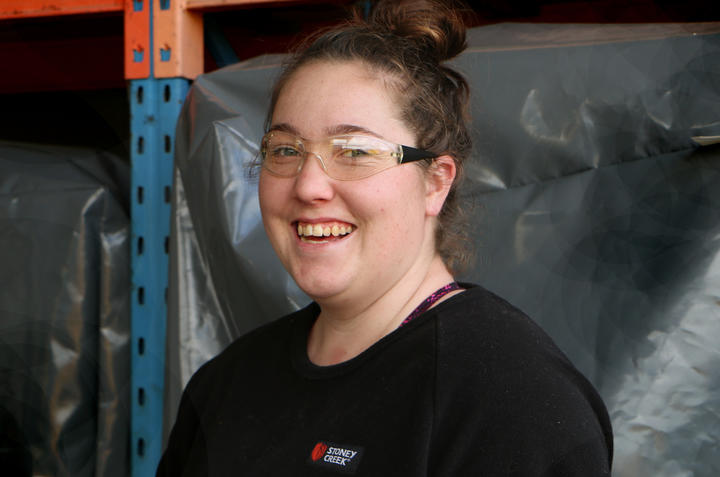 Lauren Phillips, 21, apprehensively rolls up her left sleeve and flexes her muscles, as requested. She laughs at my shocked reaction after I give them a prod. They're huge and they're solid, because she uses them to bend pipes.

Next, I ask for a pipe bending demonstration. She picks up a copper tube about the width of a bottle neck and slots it into an opening at the end of a metal bar. She then places the tip of another metal bar over the tube, before easily squeezing the two together to bend the pipe into a right angle. It makes a high-pitched creaking sound, like a spooky door. When I try, the pipe won't budge. She laughs at me a second time.

When Phillips was a kid, she wanted to be a cop, and she loved going out with her dad in his truck at the weekends, "carting gravel and that". As a teen in Invercargill, she played representative softball. Now she's an apprentice plumber in Winton, hence the pipe bending.

Right now, Phillips is in Russia, about to represent New Zealand at the 2019 WorldSkills tournament that starts today. It's the Olympics of skills-based jobs. And Phillips, hopefully, is New Zealand plumbing's Lisa Carrington.

She and New Zealand's eight other WorldSkills team members (including a millwright from Lower Hutt, a car painter from Dunedin, a welder from Tauranga, a baker from Rangiora, and an aircraft mechanic from Auckland) have joined about 1700 other young skilled workers from around the globe.

There, inside what is essentially a giant 1500m by 900m aircraft hangar purpose-built for the competition they will build, bake, plumb and paint their way, hopefully, to victory.

Two weeks before she embarked on the 30-hour journey from Invercargill to Kazan, the city in southwestern Russia where the tournament is held, Phillips was at Wintec in Hamilton, practising.

From a technical plan, she pieced together a heating system - a maze of copper pipes, rails, radiators, taps and boilers - similar, hopefully, to what she'd have to do in Russia. Except over there, she is competing against 30 other under 23-year-olds, under time pressure. And her work will need to be accurate to 2mm, the width of a matchstick. 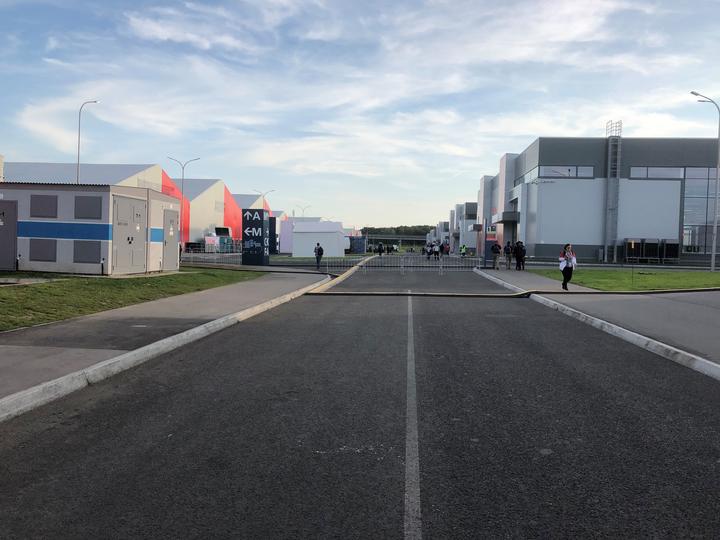 She also doesn't know what she'll be plumbing. On the first day of the competition, she'll be given the plan, the materials, and six-and-a-half hours a day over three days to build whatever it is she has to.

"We've been given a list of materials. But there's about 30 secret materials that we won't find out [about] till the day."

She seems extremely mellow about the whole situation. I ask if she's nervous about the competition.

Has she been overseas before?

"Been to Melbourne, Sydney and Stewart Island." She has one of those lovely Southland accents with the rolled 'r's.

I ask if she's learnt any Russian ahead of the trip.

"No, see, they don't speak Russian there, they speak Tatar or something. Yeah, so yeah."

She's a woman of few words.

Phillips is four years into her plumbing apprenticeship. She explains it as a roundabout path towards her childhood dream of becoming a cop: "To apply for the police force, you have to have a couple of years' life experience. And you can't really get that without going out and doing something different, so yeah. I found plumbing and sort of stuck to it, and it's amazing."

To become an apprentice plumber, Phillips answered an ad posted on a noticeboard at Central Southland College. She was the only one who called. When she did, the plumber's wife answered the phone and took a message.

The plumber later admitted that he hadn't wanted to take her on, but his wife had made him, she said.

She's the only woman in her class of 12 at Southern Institute of Technology, but says she hasn't faced much sexism since that initial hurdle.

"The first week we were doing a heights safety test... We had to climb up this 20-metre wall and abseil down. No one wanted to go first and in the first week we're all shy and nervous. [The] boys all popped out with the great idea; 'Ladies first'. Since then it's always been 'ladies first'."

And the job does seem to provide plenty of snacks. "Cups of teas, biscuits, scones. One lady made us lunch. We had lamb shanks. It was amazing".

Bryan Smith, a plumbing tutor at Wintec, and one of the New Zealand WorldSkills team's chief experts says the prize if Phillips wins in Russia is a gold medal, same as the Olympics.

"Last competition we won the gold medal in aircraft maintenance. A young guy from Air New Zealand, he got good coverage in the in-flight magazine... But you're not invited down to meet the Prime Minister, I don't think."

I ask Phillips if she'd like to meet Jacinda Ardern if she won.