Welcome to bluffing your way through the FIBA Basketball World Cup - RNZ's guide to pretending you know what you're talking about around the office water cooler. 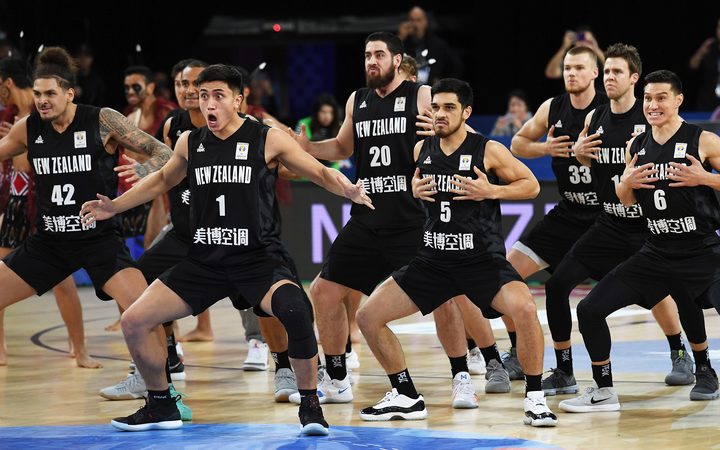 We're going to highlight a few common moves or terms you may see and hear on the basketball court at the 2019 FIBA Basketball World Cup in China.

First off lets go over who the favourites for the tournament are.

While the USA aren't sending a full strength side with just one NBA All Star amongst their ranks (Celtics point guard Kemba Walker), the defending champions from 2014 are still favourites at the bookies to take out their sixth title.

The third ranked side in the world features four NBA players in their line up - led by Denver Nuggets big man Nikola Jokić. Expect them to reach the final four.

Led by NBA MVP Giannis Antetokounmpo, Greece will be a favourite to make the top four at the least. The bad news is New Zealand is in the same pool as Greece. 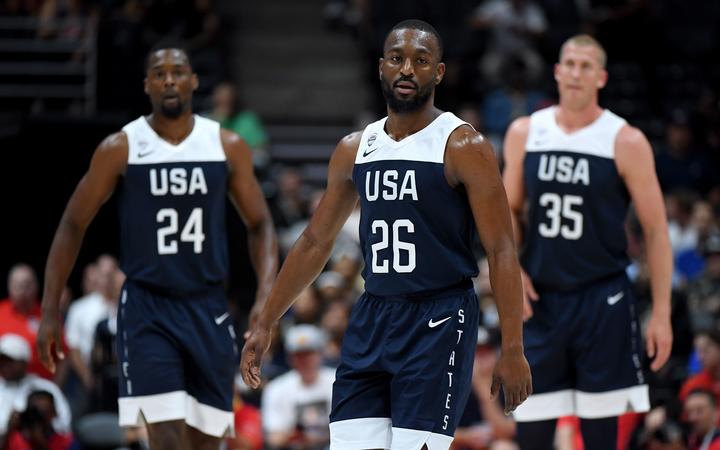 New Zealand's neighbours feature a team full of talent that includes a starting line up made up completely of NBA talent - that's despite their best player, Philadelphia 76ers point guard Ben Simmons, pulling out before the tournament. Australia recently beat the USA in a world cup warm up and while it didn't mean anything in the grand scheme of things, it showed the Boomers mean business at this tournament.

France is another strong European side with plenty of NBA talent at their disposal. Utah Jazz center Rudy Gobert will lead his side with the likes of Orlando shooting guard Evan Fournier and Charlotte Hornets small forward Nicolas Batum. Top eight would be a safe beat for France.

A step back jumpshot or jumper as its also known is an offensive move used by a player who is being closely defended in isolation or iso.

An alleyoop is another offensive move that involves two players. One player, often a guard, will have the ball, driving towards the hoop and then lobbing it to a teammate on the charge who will catch the ball and perform a slam dunk.

The hook shot or sky hook shot is when a player is close to the hoop but has a defender between them and the basket.

The attacking player releases the ball over their shoulder like a hook to give them enough space to get it over the defender like so.

Former Lakers center Kareem Abdul-Jabbar is credited as the king of the sky hook - you'll see why below.

The ultimate shame for a basketball player is when they're defending a dribbling opponent, and end up stumbling backwards, or in a heap on the ground.

Steven Adams was once a victim of an all-time devastating ankle-breaking move.

This is when an attacking player, usually a taller centre or power forward, takes up a position with their back close the basket and a defending opponent. Typically, the bigger and stronger the attacking player is, the better they are at using their body to manoeuvre backwards (posting up).

A pick and roll, or "ball screen," occurs when an attacking player uses their body to create space for their dribbling teammate by blocking a defender (pick).

The player setting the screen will often peel away (roll) and look for a pass towards the basket.

A modern trend in basketball is a style of play that involves smaller, more agile attacking players who are more adept at scoring.

Some coaches love sacrificing height and strength for a lineup more capable of shooting the ball from behind the three-point line.

This can often be a defensive risk, though.

The area in the frontcourt located under the basket, and bordered by the free throw lanes, and free throw line. This is where the bigger players ply their trade.

Players are restricted from spending more than three consecutive seconds in the paint, or they concede a single free throw (defensive player) or concede possession (offensive player). This is known as the three second rule.

For more information on the 2019 FIBA Basketball World Cup make sure to keep an eye on RNZ's digital channels and ears on RNZ national.