The New Zealand football referee Matt Conger is line to officiate in the World Cup final.

Conger has been included on a list of just 12 referees for the final phase of the tournament.

The dozen referees have been joined in making the cut for the final phase by 26 assistant referees and 10 Video Assistant Referees (VARs) - cut from the 99 that started the tournament.

He won't officiate either of the semi-finals - France against Belgium or England against Croatia - leaving the door open for Conger to be handed the whistle for the biggest game in world football.

Alternatively, he could be involved in the play-off for third, which is also yet to have a set of match officials assigned to it. 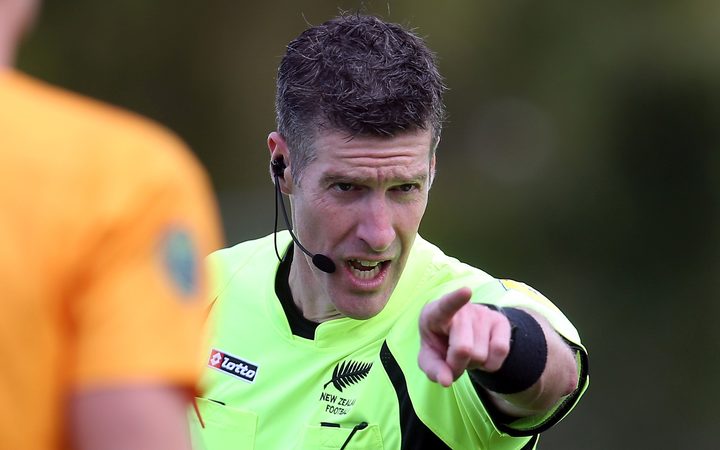 Conger, who has already taken charge of the Group D clash between Iceland and Nigeria in pool play, as well as acting as fourth official in England's dramatic penalty shoot-out win over Colombia in the round of 16.

Match officials are not able to speak to the media during FIFA tournaments but, prior to leaving for Russia, Conger paid tribute to the strength of New Zealand Football's referee development.

"New Zealand Football bats above its weight when it comes to refereeing and we've shown that we can be involved with the best in the world," said the Palmerston North-based 39-year-old.

"If you look back, I'm now the third consecutive men's referee to have refereed at the World Cup and the men probably live in the shadow of Anna-Marie Keighley, who has refereed a semi-final at the FIFA Women's World Cup."