Croatia eased into the FIFA World Cup knockout stage after handing woeful Argentina a 3-0 drubbing in their Group D match. 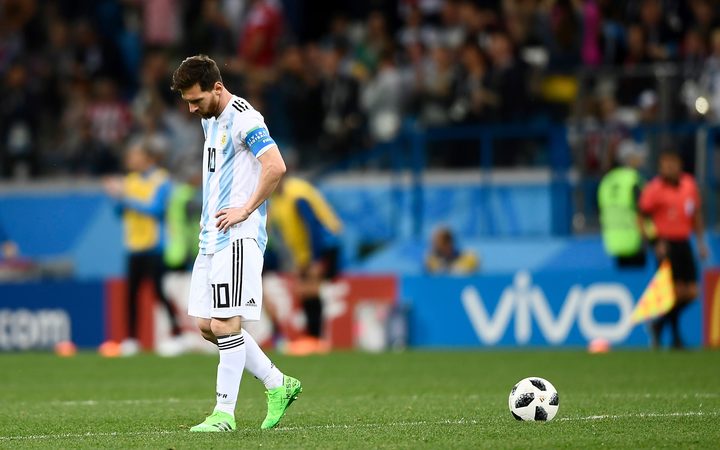 Ante Rebic made the most of a goalkeeping error, Luka Modric fired home a superb long range effort and Ivan Rakitic completed the rout to leave the hopes of twice world champions Argentina hanging by a thread with one last chance to salvage their campaign.

Croatia's second win in the group guarantees them a top two place while Argentina have one point and need to win their last group game against Nigeria in St Petersburg next week to boost their chances of advancing to the second round.

The burden of pressure weighed heavily on Argentina as they battled to get into the contest, throwing on three attacking substitutes after conceding the first goal but allowing their frustrations to boil over as they failed to make any impact.

Lionel Messi, facing yet another failure at international level, had little influence on the game as Argentina created one chance in the second half when Maximiliano Meza had a 64th minute effort stopped on the line by keeper Danijel Subasic.

France beat Peru 1-0 with a goal from Kylian Mbappe to book their place in the last 16 and crush the South Americans' hopes of progressing in their first appearance at the tournament for 36 years. 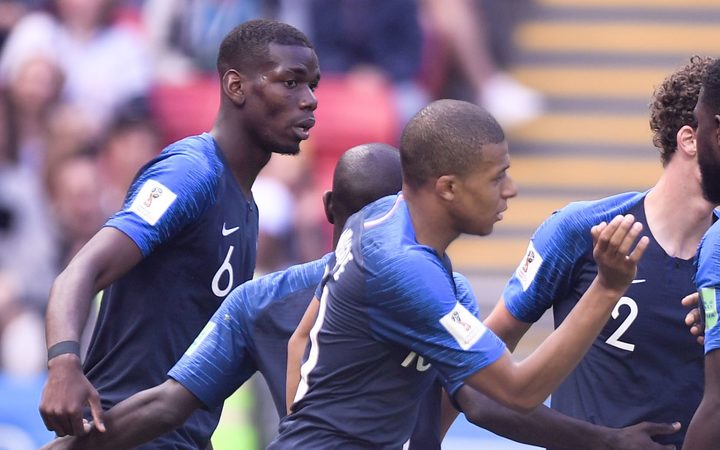 Mbappe's 34th minute goal took him past David Trezeguet's record (20) as France's youngest scorer in the competition, at 19 years of age, and took them to two wins from two games in Group C.

When Olivier Giroud's shot took a deflection off a defender and looped over goalkeeper Pedro Gallese, the teenager was on hand to tap in a simple chance.

But Les Bleus failed to convert several other first-half chances and rarely threatened their opponents' goal after the break, as they struggled for the second game running to justify their status as one of the pre-tournament favourites.

The result leaves France on six points and Denmark and Australia on four and one respectively after their 1-1 draw earlier in the day.

Peru have yet to win a point but they have won numerous hearts in Russia, thanks to their industrious style of play and the passion of their supporters, a remarkable 15,000 of whom made the journey to roar on their team in Yekaterinburg. 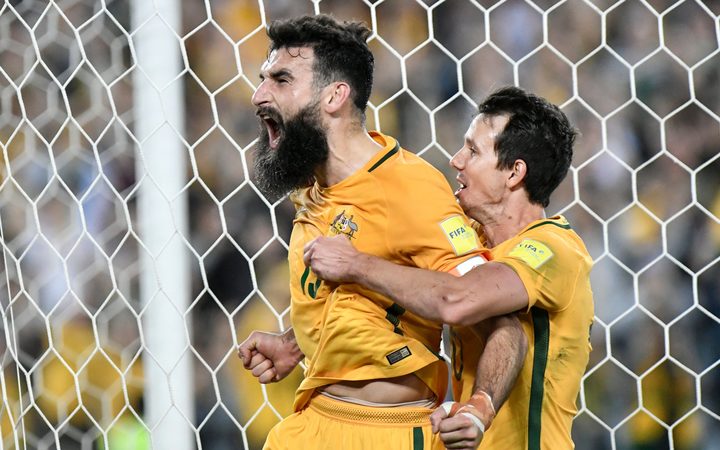 Captain Mile Jedinak rode to Australia's rescue with a penalty to cancel out Christian Eriksen's superb opener for Denmark, securing a 1-1 draw that ensured the Socceroos stayed alive.

Eriksen's seventh-minute opener was fully deserved by the fast-starting Danes and the quality of his half-volley finish was excellent in a tournament that has produced some wonderful goals.

However, Jedinak got Australia back into the game with his second penalty in Russia, awarded following the intervention of the video assistant referee, and the draw kept the Socceroos alive in the tournament.

Denmark moved on to four points and need at least a draw against France in their final game to guarantee a last-16 spot, while Australia, with one point, must win their last match against Peru to stand any chance of going through.