If health issues have been sometimes absent from headlines, it doesn't mean there are none or that there are no differences between the political parties. There are - and they're sizeable.

One is over access to elective, or non-urgent surgery - a perennial favourite in each of the past three elections. 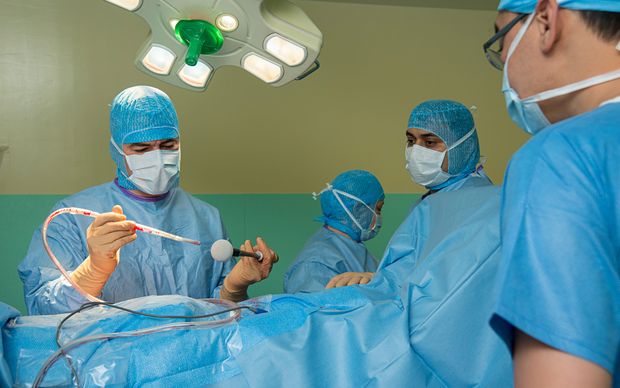 This time it's over so-called unmet need - the number of New Zealanders referred by their family doctor for surgery such as a hip or knee replacement who haven't got it despite meeting the clinical threshold. Many are returned to the care of their family doctor instead.

It can be because even though they have reached the clinical hurdle, once they are admitted to the waiting list their district health board must be able to deliver their operation within an increasingly tight time frame (five months now, moving to four from 1 January).

If for whatever reason it cannot be guaranteed, a patient who qualifies and is ready for surgery may keep waiting just to get on the waiting list.

The executive director of the senior doctors union, Ian Powell, labels it a "perverse outcome".

Labour's health spokesperson, Annette King, also criticises "postcode surgery", saying national consistency is needed so whereever a person lives, they will be assessed exactly the same way as a patient needing the operation elsewhere. It would also provide an independent review of those who need but don't receive elective surgery.

The Greens say the targets are "political" rather than useful to the health system, and it would return to measures focusing on things like reducing inequality and unplanned readmission to hospital.

For its part, National is keen to focus not on unmet need, but on how it has boosted access to elective surgery since it made the topic one of six key government health targets, in 2008. It has pushed the targets strongly, with regular dollops of extra funding for elective surgery.

Funding of health is another hotly debated issue with claims hospitals and staff are stretched and services being cut. National says despite the global economic downturn that's dominated its time in office, it's still found $500 million extra a year on average for health. Minister of Health in the National-led government, Tony Ryall, says that has been achieved through careful financial management, which must continue for three or six more years.

Though retiring from politics, he is still campainging, emphasizing a steady-as-she-goes approach with a succession of media releases promising extra funding for sore spots, such as helping unemployed graduate nurses get vital on-the-job training.

On the other side of the equation, Opposition parties have stressed DHBs alone are out of pocket to the tune of about $100 million following successive National budgets. Nurses agree, saying it's producing a "double squeeze" for health boards, which must also balance their books.

Green Party health spokesperson Kevin Hague says funding of health is the number one issue this election. He is promising a return to higher annual funding increases if the Greens are part of the next government. It would be paid for, he says, by changed priorities, such as less spending on roads of national significance.

Doctors, as represented by the Medical Association, argue that would be wrong. They point to Treasury data showing that health spending as a proportion of GDP - 10 percent in total in 2010 - compares favourably to others in the OECD. Only two countries, Portugal and Greece, spent more while having lower GDP per capita. 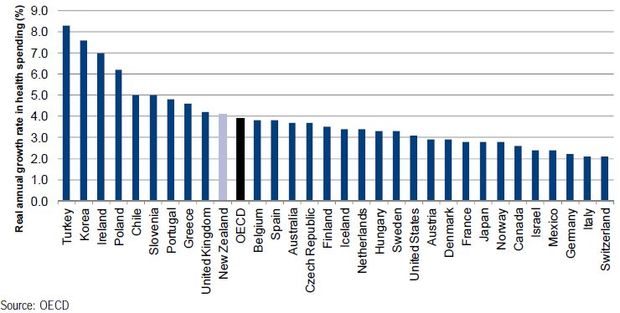 Doctors say more can always be spent on health and it's actually more important, rather than the overall spend, to ensure what is spent is spent in the best possible way. They'd like the next government to target funding to reduce health inequalities and want more of a public health focus, including on obesity.

For their part, senior doctors want a stronger focus on workforce problems, including what they regard as an entrenched shortage of specialists.

Most acknowledge health's not in the spotlight, at least not yet, this campaign.

But the current situation is nevertheless disappointing to those who see the election as a chance to debate health priorities. Says Medical Association chair Mark Peterson: "We're struggling to see health being top of the agenda for any of the parties at the moment. I'm not sure why that is."