The government has set out a three-stage roadmap that gradually eases Covid-19 restrictions in Auckland. 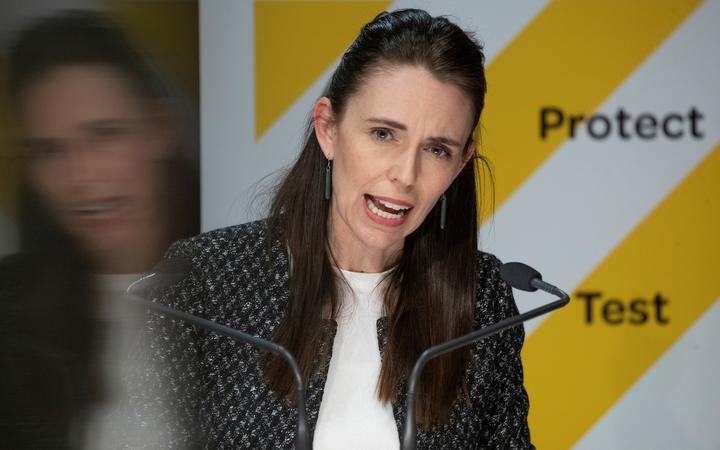 Prime Minister Jacinda Ardern said the government will take a careful, methodical approach to the changes.

From midnight tomorrow, Tāmaki Makaurau will remain in alert level 3 but Aucklanders will be able to connect with people outside their bubble outdoors, with no more than two households and 10 people mingling at a time.

Early childhood education will return as normal and people can move around Auckland for recreation, like visiting the beach or hunting.

At the second stage, retail shops can open with face masks and social distancing, public facilities such as pools and zoos will open and the number of people who can meet outdoors will increase to 25.

Hospitality venues will open at the third stage, seating people at a distance with a maximum capacity of 50 people.

Public health advice at this stage also indicates schools will be able to return after the school holidays on the 18 October - with a final decision to be made closer to the time, the prime minister said.

Ardern says being outdoors and the ventilation that provides makes all the difference. "Don't for a moment be tempted to suddenly, if the weather turns bad, switch to being in your home."

Director-General of Health Dr Ashley Bloomfield says a lot of work has been done to evaluate the step-wise process.

"I think this is the important feature of this next four to eight weeks, being methodical and stepwise and doing it safely. As our vaccination rate goes up, that helps and it's already helping."

He says public health officials also looked carefully at the things in each step that would not increase the risk much at all, and it's on the basis of reviewing the status each week that the decision has been made.

"Cabinet will review each step weekly to ensure it's safe to move before confirming the next step. The wage subsidy will continue to be available," Ardern said.

"In total, this phasing amounts to a careful and methodical transition plan for Auckland. At the end of these steps, we will then move to a national framework that reflects a more highly vaccinated population, allowing us the ability to deal with riskier settings such as large-scale events with the use of vaccine certificates."

Covid-19 Response and Education Minister Chris Hipkins told Checkpoint preparations have been underway for some time for the three step transition.

He says the government is continuing to have a "zero tolerance approach towards Covid-19. But the way we approach this will be a little different."

Hipkins did not say if vaccination for school teachers would be mandatory, but signalled tougher rules for unvaccinated teachers will be introduced.

"It may be that those who are not vaccinated need to be tested more frequently, for example, there might be requirements for unvaccinated people working in schools and working with young people who can't be vaccinated to be frequently tested. We'll work our way through those we will talk to the sector about the practical realities of all of those other things."

National leader Judith Collins says the government's incompetence has meant New Zealand is stuck in a lockdown limbo with no answers and no way out.

She says the situation is very clearly out of control and worsening every day.

ACT leader David Seymour says the government should give the public a proper plan and let Aucklanders know when the finish line is in sight.

Meanwhile the Green Party says the government's roadmap for Auckland risks the safety of vulnerable communities and children.

Co-leader Marama Davidson says now is not the time to change approach.