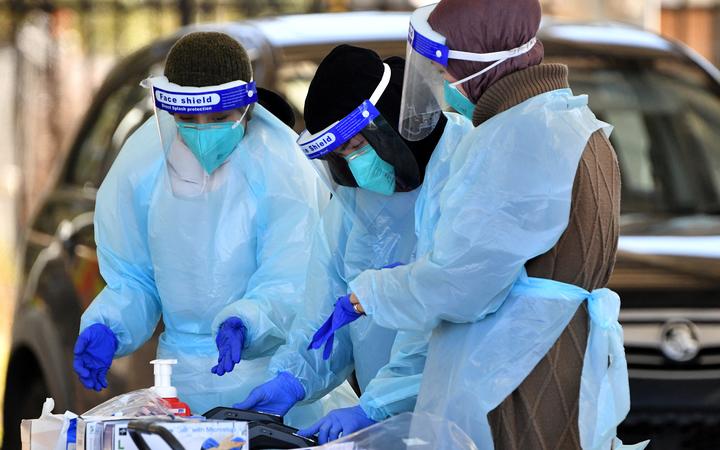 NSW Health said the source of 124 cases was under investigation. 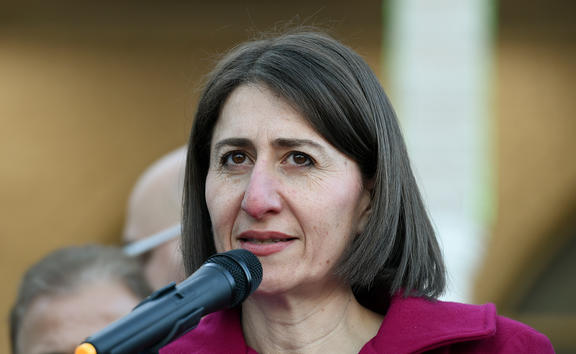 NSW Premier Gladys Berejiklian said she was beginning to see the virus was being mostly contained in the regions which were under enhanced lockdown orders.

"The one positive take out is at the virus has not [breached the] outside of those eight local government areas of concern," she said.

The premier said the state was on track to administer 500,000 vaccinations a week.

"The challenge for us is getting as many people vaccinated in August as possible, so by the time August 28 [when lockdown was extended to] comes around, we have options as to how we can ease restrictions," Berejiklian said.

She said she wanted to see vaccination rates "break records" in August because that was the state's "ticket to freedom".

Ten million innoculations needed to be administered to reach the state government's target of 80 percent.

Residents in the Hunter local health district, north of Greater Sydney, have had their vaccine appointments cancelled after Pfizer shots were re-directed for 19,000 Year 12 students.

The premier said she felt for those people but Pfizer was the recommended brand for those adolescent age groups and AstraZeneca remained a safe option for people over 18 years old.

"Unfortunately younger people now account for about 60 percent of cases in NSW.

"What that means is that vulnerable people, older people, are more likely to die but the people who are unfortunately getting and spreading it are under 39."

Queensland has recorded nine new locally acquired cases of Covid-19, all linked to known cases in the community.

There are now 18 cases linked to the cluster of the highly infectious Delta variant that was first detected in a student at a Brisbane school.

It comes as millions of residents remain under strict stay-at-home orders on the first day of a snap three-day lockdown across 11 local government areas in the state's south-east.

Deputy Premier Steven Miles said this was the most number of new community cases Queensland has had in almost a year.

New Zealand's Ministry of Health is warning anyone who has travelled to the country from Queensland since 26 July to check locations of interest on the Queensland Health website and monitor for symptoms.

The quarantine travel bubble from all of Australia was suspended last month for eight weeks, in response to the spread of the Delta variant but there have managed flights in operation.

There are now thousands of Queenslanders including students, staff and parents who are subject to home quarantine directions, including contacts linked to five schools.

Meanwhile, Victoria has recorded four new locally acquired cases of Covid-19 as the state works to wrap up the tail end of its Delta outbreak.

The state is entering its fifth day out of a lockdown prompted by the rapid spread of the highly infectious coronavirus variant.