New documents show tensions arose between government departments over who should get border exemptions and how the dairy industry lost out in favour of space and film projects.

Government departments exchanged terse emails over which workers should be allowed border exemptions to fly into New Zealand. Photo: 123RF

The Ministry for Primary Industries (MPI) pushed back hard on proposals by the Ministry for Business, Innovation and Employment (MBIE), saying they seemed 'arbitrarily limited to certain sectors' and appeared 'MBIE-centric'.

Several of the projects that received approval for exemptions, such as workers on space and scientific research programmes, fall under MBIE, as does Immigration New Zealand.

DairyNZ had its border request rejected in the run-up to calving last year, having asked for farm or herd managers already employed in New Zealand, who were overseas on holidays when the pandemic struck.

It said it was concerned the decision may have been pre-determined, and said the the logic didn't stack up, including why fishing was favoured over dairy.

One email summary on agriculture stated: "Make sure the clear distinction between fishing 'yes', and dairy, 'no'."

Its chief executive, Tim Mackle, described the assertion in the documents that the industry could source New Zealanders for the jobs as a "pipedream", as herd and farm managers were specialist staff with many years of experience.

"We've got a sector here that's New Zealand's largest, a $20 billion export sector, which is going to be critical to New Zealand's recovery and we couldn't get 40 or 50 people through that system," he said. "That was very frustrating and farmers felt that keenly."

Correspondence between MBIE and MPI is shown in OIA documents requested by RNZ in June last year, and released last week.

The news comes as the Government announces 250 farm workers and vets will be allowed into the country under new border exceptions.

That includes up to 150 dairy farm workers in management roles on farms, 50 workers in dairy assistant roles, and up to 50 general practice vets, along with their partners and dependent children.

Emails, drafts and reports among the 600 pages of documents from last May show repeated specific mentions of dairy being excluded from the exemption criteria.

MPI said some of the proposals were "overly restrictive and will ultimately be unworkable" and failed to recognise the benefit of the dairy industry to regions and the country as a whole.

An earlier phone call between MPI and an immigration policy staff member showed it was concerned the effect of the criteria might be particularly favourable for MBIE projects - even though that was not the aim - and that it differed little from the exemption system being run under level 4.

MBIE asked for more feedback, saying it was open to how criteria were applied or framing could be improved, noting "it is definitely not our intention to make it MBIE-centric".

MPI's concerns included that the new criteria was "too narrow; appeared arbitrarily limited to certain sectors; or appeared skewed to small sectors where a small project/firm may have a disproportionate effect on the sector.

A particular example was dairy herd managers, where DairyNZ has asserted that approximately 100 herd managers are needed in time for the upcoming calving season."

Responding to a draft, it said: "The paper fails to recognise the critical importance of the primary industries - which include many small to medium enterprises - to New Zealand's national recovery.

"The success of these enterprises, and therefore the primary sector's contribution to the economy, must include consideration of the need for essential animal health and welfare services, which have additional implications for biosecurity, food safety and our international reputation as a trading nation.

"The criteria around the delivery of time-critical projects or programmes are too narrow and fail to recognise the time critical nature of some activities (eg winter planting for forest establishment, calving on dairy farms)" and "fail to recognise the urgency of the issue. Calving which begins in July is a very stressful time and dairy farms need skilled people who have been caught on the wrong side of the border urgently."

It noted inconsistencies, that exemptions could not be granted for "key staff that many businesses may view as 'critical' for their operations" - but the criteria would nevertheless allow workers from three (unnamed) companies to qualify.

However, when MPI set out its concerns - including animal welfare issues and the effect on the economy because of the size of the dairy industry - MBIE's internal notes said its "leaders remained unconvinced". Government projects were heavily represented in the final list.

"The proposed exceptions would not enable the dairy industry to expect approval for herd managers, as the skills for those roles would not meet the criteria for highly specialist or technical," said one draft Cabinet paper.

"It would be expected that the industry could source such staff from within New Zealand at this time or manage until it was safe to reopen the border."

But in another document, the job's high skill level seemed to concern policy-makers as they could not then use the skill classification to exclude farm managers. Nowhere is there an email or report detailing why dairy managers were specifically excluded from exemptions.

The comments have left DairyNZ dismayed. 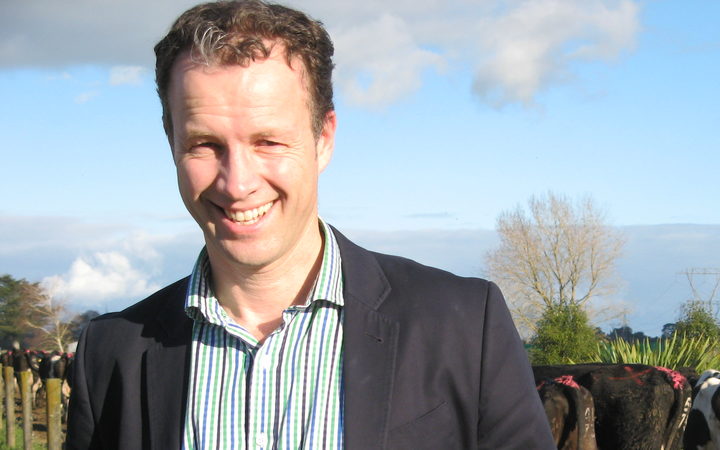 "Certainly filling the gap of herd managers and farm managers with Kiwis that hadn't worked in dairy is an absolute pipe dream," Mackle said.

"That's just not ever going to work. I don't know who's making these calls but I have to say, if you've got middle level bureaucrats sitting at their desk in Wellington, they do need to remember that their decisions will affect real people.

"From the limited information I've seen, it is difficult to draw conclusions as to the logic behind the decisions that were made last year on who gets [exemptions] and who doesn't.

"But one thing that I find completely gutting is the potential for a model where herd management farmers were seen as less important than people for the space programme, or for film crews or nannies to support them, chefs for gas crews. Even fishing, fishing is really key, but so too is farming. I really don't understand the logic."

He said it was hard to know the decision makers' context, but he would be extremely concerned if an unfair process had been applied.

"I'd want to make it clear that if there has been any discrimination against farmers, and officials have been picking winners and losers ... we'd be gutted, farmers would be very gutted. And we'd say this has to be, on face value at least, something looked into by Minister Faafoi.

"At the same time, we're really grateful - it appears that MPI was supporting the sector and fighting hard in our corner. And that's consistent with the support we've received from MPI right throughout this whole Covid experience, they really have fronted up and look to support the primary sectors as much as they can."

DairyNZ said it did not get a single exemption last year for critical workers, a handful under other categories and had again been turned down for the upcoming calving season.

"We did put an application in for a class exemption for about 500 and more skilled dairy workers and that was turned down by the government a few weeks ago," Mackle said.

"We are in ongoing discussions with the government now, we remain optimistic that we will have a number of MIQ spaces freed up. The situation for us in dairy is looking pretty grim, we estimate something between 1500 maybe up to 2000 workers down on what we normally would be at this time.

"Dairy farmers toughed it out for the last season, and so many Kiwis did across New Zealand for various reasons, so we have to acknowledge that. But going forward, I'm concerned looking into the season ahead - if we have a tough spring that will make things even harder. I think granting some MIQ spaces would just be a shot in the arm, even that won't solve the problem."

Surveys showed 60 percent had mental health issues or knew someone on the farm who did, he said.

The OIA reports showed the issue of split families was due to be addressed at the same time as critical worker exemptions, for partners and children of workers currently residing in New Zealand.

It disappeared from the draft reports and only exceptions for relatives of highly-skilled workers had been introduced since. 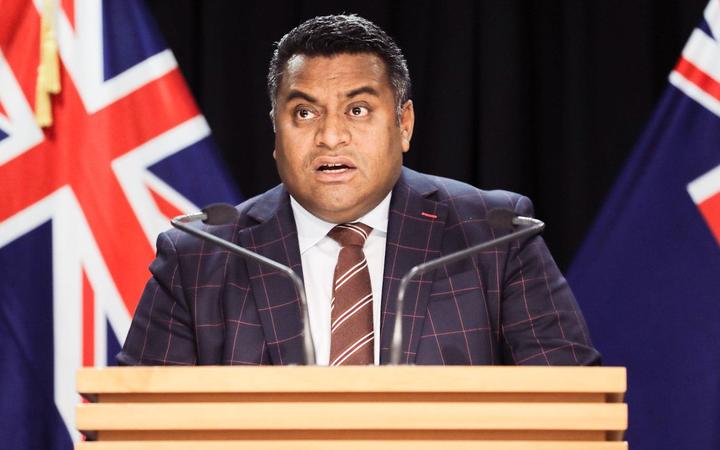 Talking about last year's decision, he said he and the Agriculture Minister were both aware of the dairy industry's concerns around the availability of managers.

"Border restrictions continue to be a critical part of the government's strategy to protect New Zealand against Covid-19. Exceptions have been made, where and when possible, for a range of reasons, including humanitarian, to reunite families, support New Zealand's economic recovery, and to ensure sufficient skills, experience and talent are available.

"When deciding on exceptions, the government has balanced those sorts of objectives together with the needs of many sectors; as well as being mindful of the impacts class border exceptions may put on New Zealand's Covid-19 testing, managed isolation and quarantine capacities.

"A border exception category was created to enable the return of some temporary work visa holders who are 'normally resident' here and have strong, ongoing links to New Zealand. Around 850 visa holders are eligible for this category, including some dairy farm managers.

"The largest occupation group affected by this delay to the stand down is dairy farm workers."