The Covid-19 pandemic was preventable, an independent review panel has said. 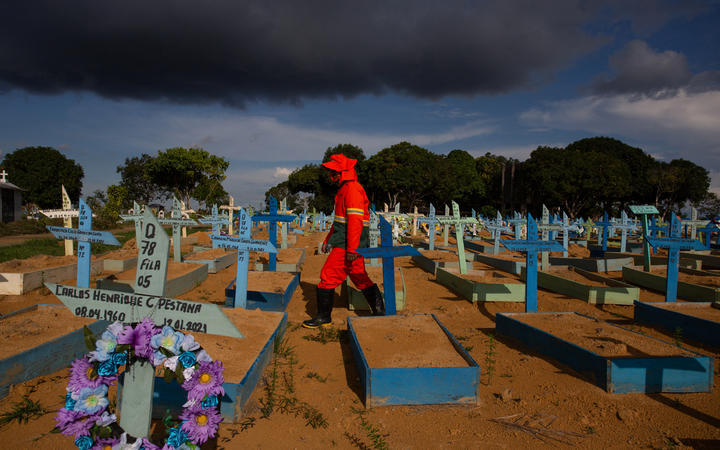 The panel, set up by the World Health Organisation, said the combined response of the WHO and global governments was a "toxic cocktail".

The WHO should have declared a global emergency earlier than it did, its report said, adding that without urgent change the world was vulnerable to another major disease outbreak.

More than 3.3 million people around the world have now died of Covid-19.

While the US and Europe are beginning to ease restrictions and resume some aspects of pre-pandemic life, the virus is still devastating parts of Asia.

India in particular is seeing record-breaking numbers of new cases and deaths, with severe oxygen shortages in hospitals across the country.

Countries neighbouring India, such as Nepal, are also seeing surges of the virus.

What did the report say?

The report said the pandemic was the 21st Century's "Chernobyl moment" and called for better processes and structures to spot the next highly infectious pathogen.

Covid-19: Make it the Last Pandemic was compiled by the Independent Panel for Pandemic Preparedness and Response.

Its aim was to find answers as to how the virus had killed more than 3.3 million people and infected more than 159 million.

"The situation we find ourselves in today could have been prevented," co-chair Ellen Johnson Sirleaf, a former president of Liberia, told reporters.

"It is due to a myriad of failures, gaps and delays in preparedness and response."

The panel argued that the WHO's Emergency Committee should have declared the outbreak in China an international emergency a week earlier than it did.

It should have done so at its first meeting on 22 January last year, the report said, instead of waiting until 30 January.

The month following the WHO's declaration was "lost" as countries failed to take appropriate measures to halt the spread of the virus.

The WHO was then hindered by its own regulations that travel restrictions should be a last resort, the panel said, adding that Europe and the US wasted the entire month of February and acted only when their hospitals began to fill up.

When countries should have been preparing their healthcare systems for an influx of Covid patients, much of the world descended into a "winner takes all" scramble for protective equipment and medicines, the report said.

To prevent another catastrophic pandemic, the report suggests key reforms:

Panel co-chair and former New Zealand Prime Minister Helen Clark said it was "critical to have an empowered WHO".

"If travel restrictions had been imposed more quickly, more widely, again that would have been a serious inhibition on the rapid transmission of the disease and that remains the same today," she added.