Genome sequencing of one of Christchurch's community Covid-19 cases shows the virus was passed on from within the managed isolation facility. 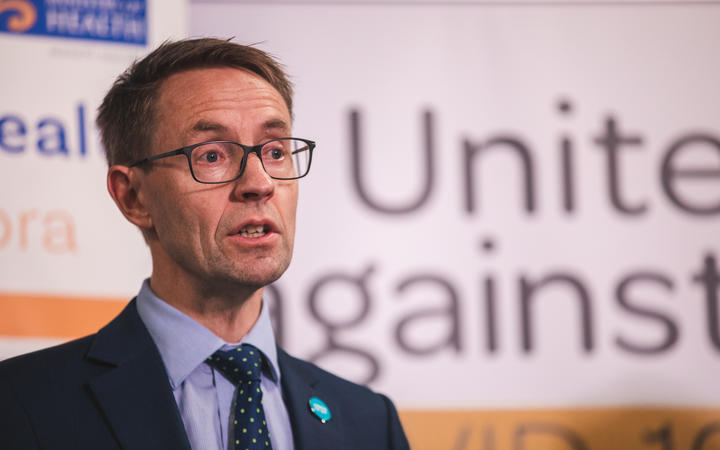 The genome sequencing is from the first of the two infected healthcare workers at the Sudima Hotel.

While the source of infection is still under investigation, Director-General of Health Dr Ashley Bloomfield told Morning Report the initial report of further testing into the first case reported on Monday had been released.

"It's exactly the same genome sequence on five of the [fishing] crew tested ... what that does mean is that we rule out one or both of these new cases were infected outside of the facility."

Investigations will include reviewing CCTV footage and doing a detailed walkthrough with the two cases on their interactions in the facility, which Dr Bloomfield said would shed light on how the infection happened.

Until the source infection and route of transmission is found, none of the fishing crew at Sudima would be released from the facility, he said. 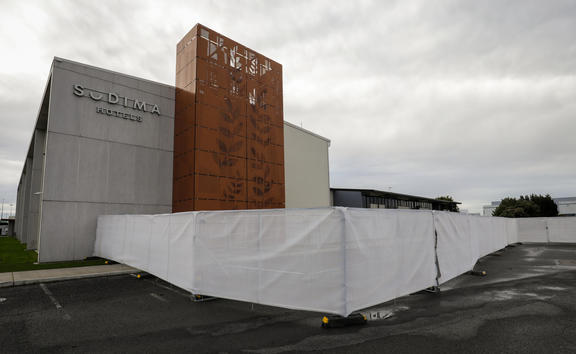 "I daresay that the fishermen who are in the facility, all the reports I've had is, they've been co-operative and compliant despite language challenges."

Despite testing and retesting of the staff at the facility, including healthcare workers who interacted with the first case, Dr Bloomfield said "it's possible there will be additional cases".

"The teams are not huge, they do have interactions together but the most likely source and where we will be looking first is to look for a common infection source for both of them rather than one passing it on to the other ... [based on] the timing of these infections."

A pop-up Covid-19 testing centre will be open in the carpark of Christchurch's Princess Margaret Hospital today.

People concerned about the two new community cases of Covid-19 in the city are being encouraged to go there for a free test.

No appointment is required, and people do not need to have symptoms.

The site has been chosen for its proximity to Cashmere High School - which is attended by a close contact of one of the cases - and to the Countdown supermarket on Colombo St, which was visited by one of the cases.

Canterbury Employers' Chamber of Commerce chief executive Leeann Watson told Morning Report there was a bit of an increase in complacency among the general public over the past couple of months, but businesses continue to do their best on tracing and hygiene.

"I think these latest two cases [are] a real reminder for people to be vigilant and not complacent."

Watson believed more needed to be done to try and eliminate these sorts of cases from arising.

The nurses' union wants an urgent review of how the Covid-19 isolation hotels are being run, saying staff are becoming increasingly anxious and fearful amid the risk of infection. 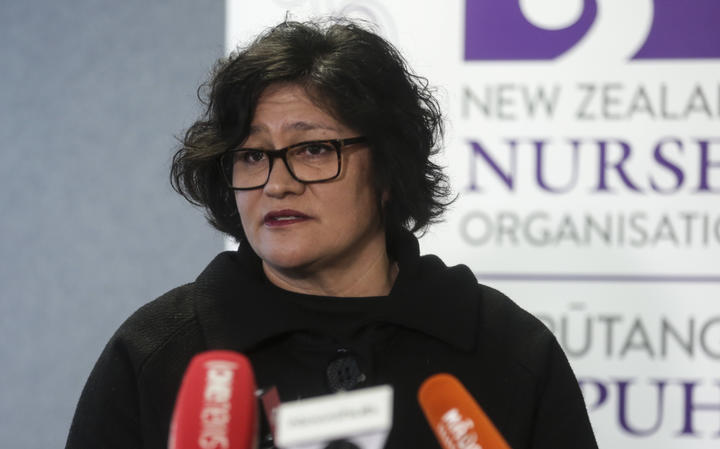 "So unless we have a review of the system to see whether a failure has happened we'll continue to have these outbreaks."

Where that potential failure lay was unclear, she said, and that was why a review was necessary to identify and rectify any issues.

"What we do see is that there are often a few nurses placed in responsibility of a number of patients or clients returning from overseas. So there are many pressure points within managed isolation units themselves, so part of the review is asking to break down where in the system is it failing."

Dr Bloomfield said a review might be able to assist but a thorough review was conducted usually anyway when cases among workers like this emerged.

"We do a thorough review and look how it might've happened and then we looked at the processes and procedures and if they need to modified or tightened then we do that across the board across all facilities."

Incoming Minister in charge of Covid-19 response Chris Hipkins told Midday Report that they had done reviews of testing and contact tracing previously, and adjusted accordingly.

"There will almost certainly be a further review of Sudima as a result of these recent cases."

Nurses are reporting to the union they are understaffed and overworked in a pressured working environment, which Nuku said might result in a bigger likelihood of mistakes happening.

"These nurses are tired, there are few nurses that have responsibilities for large numbers of clients and so the expectation on them is huge and the resource and support - what we're hearing - is little."

While Dr Bloomfield said he was not aware of any staffing issues or shortages in managed isolation facilities, he acknowledged that nurses' concerns should be looked into by district health boards and public health units.

"These are issues that we will need to have a look at, and it will be very important that we can assure the health staff ... they are safe, because they're doing a great job."

The healthcare workers on the ground were also anxious about going home and possibly spreading the virus to loved ones, Nuku said.

Asked what the union would think of a dedicated facility where the nurses could stay after their shifts, instead of going home, Nuku said if that option was affordable that would be good but it also depended on what the nurses wanted.

"It's critical that nurses feel safe to go home... We shouldn't isolate them away from their families because we've been unable to contain or manage within the system.

"It's important they have some respite from their day-to-day work in that intense environment."

National Party leader Judith Collins told Morning Report the calm of the post-election period would be a good time for a review.

"I believe it is time for a review of what has gone on, but also to improve it. Because the last thing we want is complacency setting in and Covid coming back."

While the government was touting the detection of Covid-19 among the managed isolation and quarantine workers as the system working, Collins said "I don't think it is for those staff and their families and everyone who comes into contact".

Collins said the party's health spokesperson, Shane Reti, had a "five system improvement plan I think would be very helpful, particularly around testing and those people who have refused to be tested".

Minister Hipkins said an overall review into the government's handling of the pandemic response was not the priority.

"I think that's something that would consume a huge amount of time and energy of the people who are at the moment very much focused on still dealing with our response to Covid-19 and we said we'll do that but not right now."

He reiterated that there were no systems that would provide 100 percent protection from Covid.