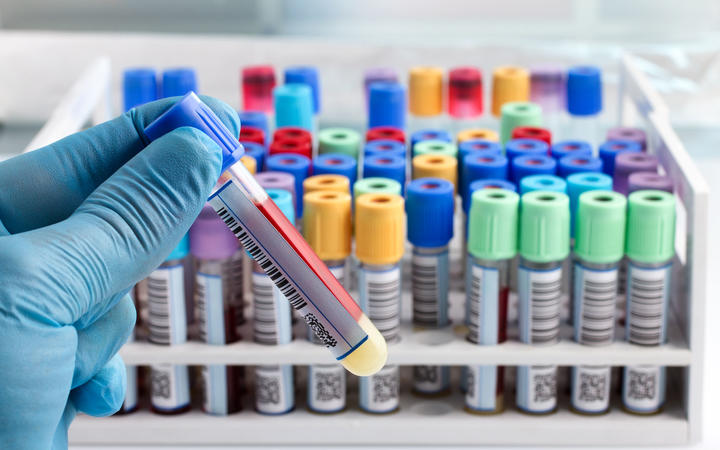 The company says none of those suspended were involved in Covid-19 testing, but the workers' union says otherwise. File image Photo: 123RF

APEX union represents employees at Southern Community Laboratories who are in a dispute over pay.

David Munro, the national advocate for the union, told Morning Report the issue was about pay for workers who were employed by taxpayer-funded but private labs.

"They pay salaries and wages to their people that are 3 to 8 percent behind what are being paid to people in the DHBs."

In addition to the partial strike, more than 700 workers at private laboratories around the country have issued strike notices for a 24-hour full withdrawal of labour on 4 September.

Munro said that urgent testing was not impacted at the moment, but if a settlement is not reached by next week, it would be.

"This dispute needs to be settled and we can't hide the fact the 24-hour stoppage on 4 September would see some impact on turnaround times, bearing in mind that these businesses are responsible for approximately 50 percent of the Covid testing. The DHBs and ESR are doing the other 50 percent."

In a statement, Southern Community Laboratories (SCL) said they were doing their best to collaborate with those on partial strike but have had to suspend six staff who "refused to perform duties that are central to their role. For example, employees in our call centre who are refusing to answer phone calls."

"This is out of a total of 1200 employees, approximately 460 of whom are engaging in the partial strikes. We continue to work with the Ministry of Health and the DHBs, keeping them advised on progress and keeping up our commitment on Covid-19 testing."

Munro claimed that SCL had asked the suspended workers to do things which was covered by the partial strike, "which we think is a form of entrapment in a sense, so things that are non-urgent."

"These are people that during the peak of the Covid-19 testing last week were there until late night ... and the reward they get is that with the testing dropping off at the beginning of this week they say 'hey can you do these things that we know you won't do because you've said it's part of the partial strike', they then said 'you're striking, you're going home'."

However, SCL said none of those suspended was involved in Covid-19 testing.

It added that with patient volumes being lower than last year - even with Covid-19 - they had still managed to maintain the quality of their service.

On the other hand, Munro said that was interesting to point out considering that was because of the lockdowns, and they were still making a profit.

"So they are targeting people they can send home and save a bit of money."

Asked how the public would view a strike in the health system during a pandemic, Munro said the workers did not intend to be in this situation but the circumstances had reached this point.

"This collective bargaining has been going on since April, the employer has had numerous chances and opportunities in time to come up with a fair settlement."