Police were called to reports of disorder at supermarkets across Auckland overnight. 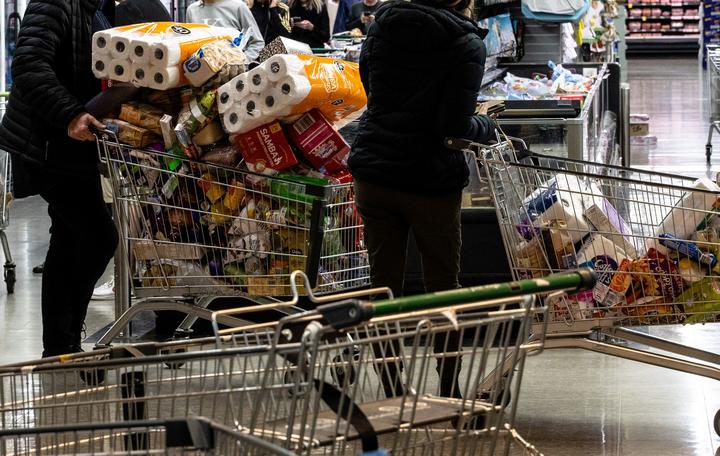 It came after news broke of the new cases of community transmission and the announcement that Aucklanders would move to alert level 3 for three days from midday today.

No arrests were made.

Police also visited a number of other supermarkets to provide visibility and reassurance.

Police repeated the message that people need to remain calm and that there is no need for panic buying.

Pak 'n' Save, Countdown and New World websites were overloaded last night and queues formed outside shops in Auckland.

Countdown closed all six of its late night stores early - shutting about 10pm instead of midnight.

Countdown spokesperson Kiri Hannifin said there was a lot of demand last night and there were still queues outside the Auckland supermarkets this morning.

She said last time there was enough food to go around when the country went into lockdown.

Aucklanders should shop normally and stay at home rather than going out to panic buy at the supermarket, she said.

"The reason why we saw shortages last time was because of the panic buying, so it's just a really vicious cycle.

"So what we're going to do this time is we're going to put limits in place today on what we call the Covid lines, the stuff we saw fly out the door last time, so that we can manage the demand and make sure there's enough for all of us to go around." 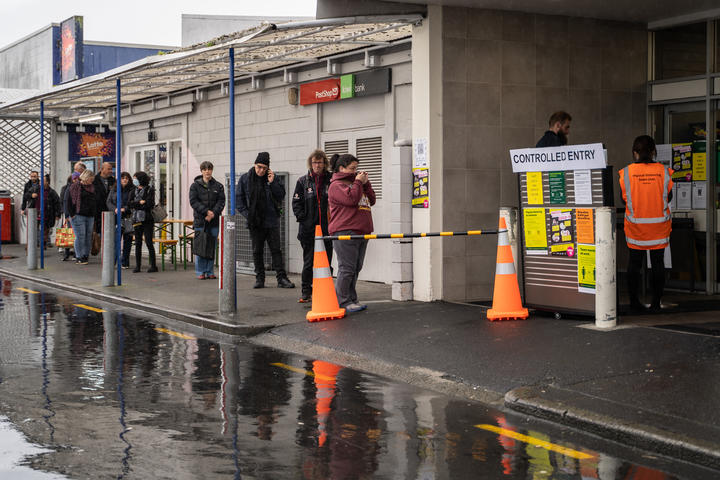 Shoppers queue to enter Point Chevalier Countdown in Auckland this morning ahead of level 3 restrictions being imposed in the region at midday. Photo: RNZ / Dan Cook

Hannifin said Countdown would be limiting the number of people able to enter stores to ensure 2m social distancing could be maintained.

"We'll be closing every second checkout to ensure we're getting 2m at the checkout, we'll be doing heightened hygiene and cleaning throughout the stores."

Hannifin said Countdown would be taking these measures nationwide, rather than just in Auckland.

She said the online system which would allow the most vulnerable people to stay home was available again.

Hannifin said she was confident Countdown could deal with level 3 in terms of limiting stock, hygiene practices and managing social distancing.

"The thing that I'm not confident about is how our team cope in terms of morale and resilience and their wellbeing and I guess what we can all do is if we're kind to Countdown workers and essential workers."

Meanwhile, lines were also building up at some Wellington supermarkets this morning as the rest of New Zealand outside of Auckland prepared to return to alert level 2.

In Wellington, lines are forming outside the Crofton Downs Countdown.

One shopper, Dianne Parker, told RNZ she had come down early to stock up on essentials, and it was already busy inside.

Another shopper had cancelled a planned trip to New Plymouth due to concerns about how widespread this new outbreak might be.