The global coronavirus death toll has now exceeded 10,000, according to a tally by Johns Hopkins University. 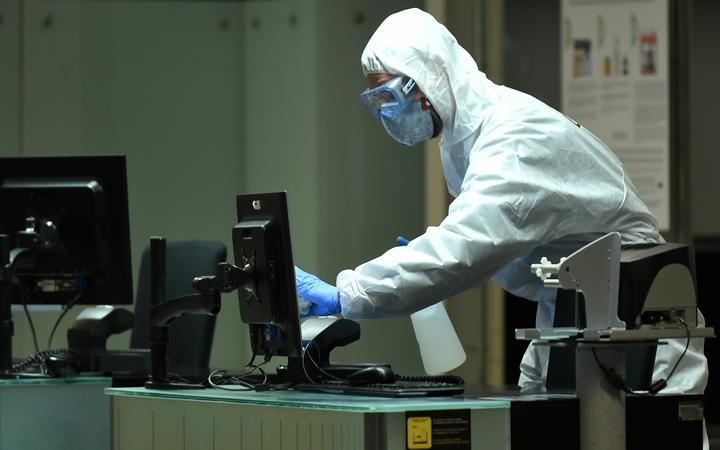 The US university - which has been compiling its data soon after the outbreak began late last year - says the number of confirmed cases has exceeded 250,000.

The country's Foreign Affairs Minister Arancha González has said the government hopes to flatten the curve of infection "within two weeks".

"That's the prognosis we're working with at the moment," she told the BBC. "It will rely on a co-ordinated approach and responsible behaviour from our citizens."

"That's our hope and that's where we're putting all our energy. Our entire country is embarked in a fight."

Italy reported the largest daily increase in the death toll rise the beginning of the outbreak, rising by 627 to 4032, officials say.

More than 86,000 people have recovered, mostly in China, but the pace is much slower than the spread of the virus.

Canadian Prime Minister Justin Trudeau says Canada will send migrants seeking asylum at the border back to the United States.

An influx of asylum seekers crossing at the US-Canada border has become a hot button political issue in recent years, and has intensified over coronavirus concerns.

Countries around Asia are stepping up their response. Sri Lanka has introduced a nationwide curfew and a state of emergency has been declared in the Indonesian capital.

In Britain, Prime Minister Boris Johnson says the government is strengthening the measures announced earlier this week and will close bars, pubs and restaurants.

Britain has already closed schools to curb the spread of coronavirus.

Scientists in the UK say social distancing will be needed for at least six months to stop Britain's intensive care units being overwhelmed.

More than 65,000 retired doctors and nurses in England and Wales have been asked to return to work in the NHS to help tackle the outbreak.

Australia is banning travel into some remote Aboriginal communities to prevent the spread of the coronavirus.

The ban will be enforced using powers under the Biosecurity Act.

Prime Minister Scott Morrison says the government will work with indigenous communities to stop people entering or leaving those areas.

He said there will be exemptions for the emergency services, and for people providing medical care and supplies, food, education, and the maintenance of essential services.