New Zealanders could be facing up to 18 months of social isolation if Covid-19 takes hold in this country. 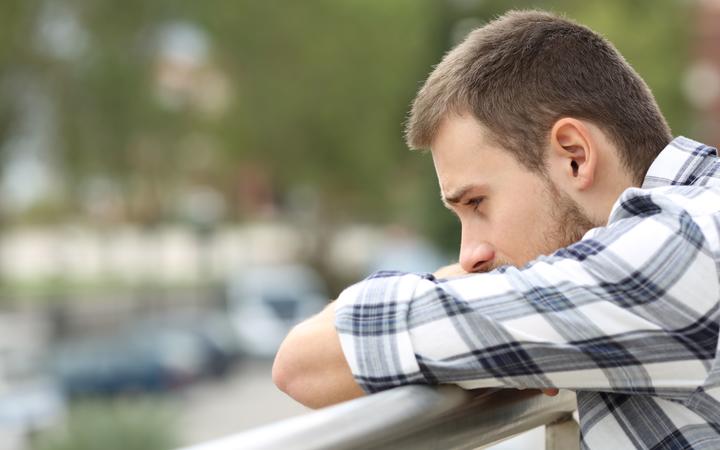 Epidemiologists warn major restrictions on movement could be necessary to stop the virus spreading until a vaccine becomes available.

New analysis from Britain's Imperial College of Medicine suggests mitigation measures - including self-isolation for those returning from overseas and quarantining sick people and their close contacts - will not be enough if the virus starts circulating in the community.

Director-General of Health Dr Ashley Bloomfield said this research has been critical in guiding the Health Ministry's ambitious goal - to stop the virus getting a foothold in New Zealand.

"We've discovered exactly as the Imperial College folk found, that we can implement a series of interventions that might flatten the curve [but] even if we had two or three times the size health system we have now, that would still be a challenge for us.

"So our aim is to stop it getting to that point where the peak is higher than our ability to respond."

The Imperial research projected that without any control measures, the pandemic would infect 80 percent of the population, kill more than 500,000 people in Britain and 2.2 million in the United States, not including non-Covid 19 deaths caused by health systems being overwhelmed.

Mitigation measures (including case isolation, home quarantine and social distancing of at risk-groups) would slow the spread, but hundreds of thousands of deaths are still likely worldwide.

Rather than trying to mitigate the effects, and slow the spread, researchers are calling for "suppression" (cutting transmissions to as near zero as possible), with social distancing of the entire population, as well as home isolation of sick people, household quarantines of family members, and school and university closures as necessary.

Auckland University's Shaun Hendy, who has also been modelling data on Covid-19, said the aim of social distancing and other measures was to turn "a tsunami" of new infections into smaller, more manageable waves.

"So as soon as we see what we call community transmissions - where we can't relate cases back to overseas travel - then putting on restrictions, travel restrictions on those part of the country as fast as we can, we'll be able to contain it."

A professor of mathematical biology at Massey University, Mick Roberts, said interventions will drag the pandemic out longer, which meant people will not be safe from re-infection until a vaccine is widely available.

"And that means we're all in danger from some fresh importation, until the virus goes away internationally." 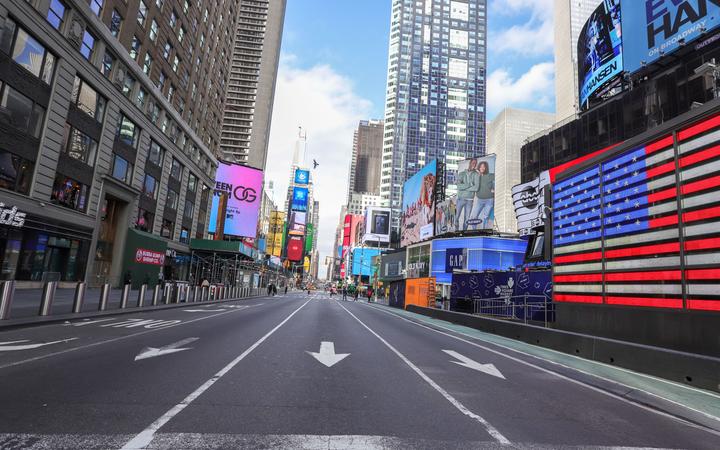 Times Square in New York is deserted as the city takes drastic action to curb the spread of Covid-19. Photo: AFP

The government's economic response package was designed to offset this chain of events - but more was going to be needed, if there were widespread job losses like in the late 1980s and early 90s, he said.

"That was the best part of 20 years before we got back from that.

"I'm not going to say it's going to take that long, but if this goes on for 12 to 18 months, which it might, it's going to take some time to recover. That has flow-on effects for people's health, their education, their standard of living, that are long-lasting." 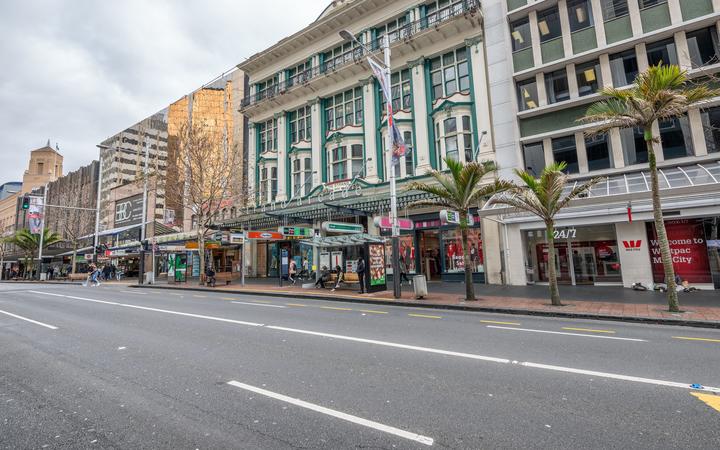 One expert says many businesses would not survive a year or more of nationwide social distancing. Photo: 123RF

However, Dr Fletcher said despite the huge economic costs of containing the virus, the cost of not doing anything would be much worse.

"All of the dire stuff in terms of the economic impacts are worth it - you don't have to save many lives for it to be worth that."

Otago University public health professor Michael Baker said fortunately Covid-19 has a longer incubation period than influenza, which means it is possible to stop an epidemic.

"Even a few weeks ago, I would have said any measures we did were just delaying an epidemic.

"We used to think respiratory epidemics were impossible to stop but that's because our model was influenza and Covid-19 behaves differently."

Professor Baker said any day now, New Zealand could expect to see cases popping up in the community, which were not connected with travel.

However, that did not mean there was no point continuing with containment measures - as China, Taiwan, Singapore and other countries had shown, he said.

"They have chased those cases, isolated them very quickly, got hold of their contacts and quarantined them and that works very well.

"But you've got to be really organised and really quick."

Professor Baker said the government should consider bringing in social distancing measures immediately for a month to clamp down on any cases flying below the radar.

"And at the end of that period, when we've done thousands of tests, we'll have a better idea of how much Covid-19 is circulating in New Zealand."