Businesses in Akaroa are worried they will find it hard to survive the abrupt end to the cruise ship season due to Covid-19 restrictions. 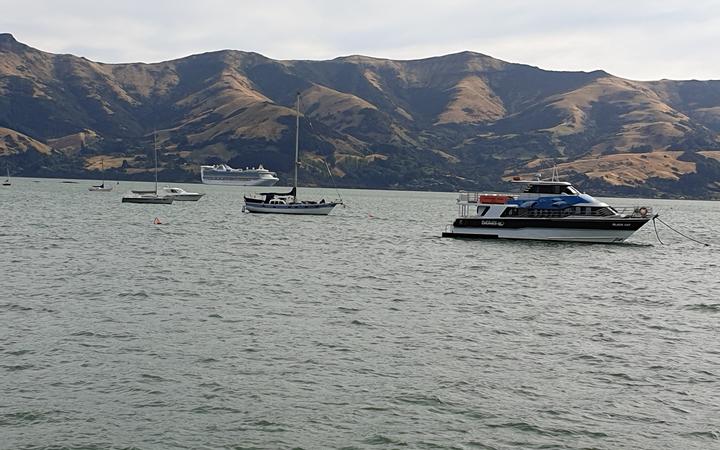 The Golden Princess is now on its way to Melbourne after docking in Akaroa. Photo: RNZ / Anan Zaki

The government is stopping any new cruise ships from visiting New Zealand until the end of June.

A cruise ship which was docked in Akaroa, while three people on board were tested for Covid-19, has now left Canterbury.

The Ministry of Health and Princess Cruises are yet to advise the results of the test.

Ilona Pawlowski who is the manager at jewellery designer Blue Pearl Gallery, was preparing for the arrival of 3000 passengers into the town from the Golden Princess cruise ship on Sunday.

But with three of its passengers being tested for Covid-19, everyone else also had to remain on board, meaning a quiet day for the town.

She said the cruise industry is vital to Akaroa, and believes the town will suffer with ships unable to visit.

"This is a tourist town, I would say in the summer months, and [during] our peak season 90 percent of our clients are internationals so not having any new tourists coming in, it's going to devastate us.

"I'm not sure how we're going to survive."

"This town is dependent on a lot of tourists and a lot of jobs are about tourism, a lot of tours on our rich marine life in Akaroa. So, if there are less people coming in, that means less jobs," he said. 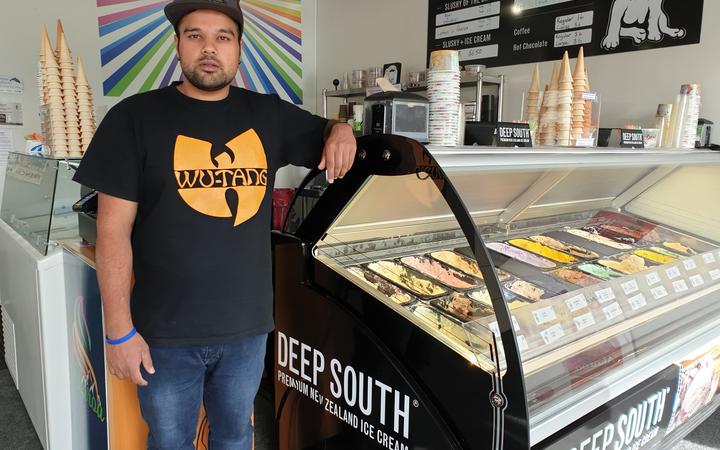 Sahil Sharma says jobs will be at risk with less tourists in the town. Photo: RNZ / Anan Zaki

Cruise ships have been controversial in Akaroa and in the past, some locals have opposed the influx of passengers crowding the town.

Local bach owner of 25 years Birger Scwhaab, who has previously voiced concerns about the increasing number cruise ship passengers in the town, believes cruise ships should have been restricted much sooner following the Covid-19 outbreak.

"From the beginning on this year I had the feeling that these people coming from boats might be a danger to the health of the local population because from my view, about three weeks ago things [restrictions] should have happened and not now."

Another Akaroa local, David Hamilton, agreed restrictions should have been in place sooner.

"It needs to be done, should have been done maybe three weeks ago... I think as long as the locals, and including all of New Zealand, go and support their local businesses we will be all right."

Christchurch Mayor Lianne Dalziel - who also oversees Akaroa - said it is comforting to know that passengers on board the Golden Princess weren't allowed on land.

She supported the government's move to stop cruise ships.

Prior to the ban, there were only seven ships left to arrive in Akaroa this season, ending 20 April.

In total, there would have been 92 ships to dock in the town.

"It's at the end of our season, okay, we're going to miss out on those last seven ships and that is a shame, we were relying on them, but at the end of the day we're at the end of it so we would rather stay healthy," Hollander said.

In the short term however, Akaroa businesses say they will be keeping a close eye on what form of economic relief will be announced by the government.

"That economic package will be very, very important for businesses as they seek to understand how they will navigate the next few months," she said.