A third case of coronavirus has been confirmed in New Zealand. 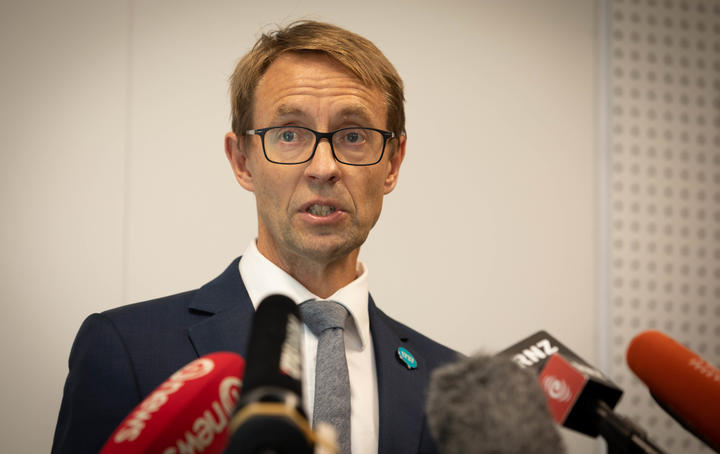 Director-General of Health Ashley Bloomfield told Morning Report he got a report of a third positive test yesterday evening.

"We're getting all the information together and we'll update everybody at the same time at the update this afternoon," Bloomfield said.

He said the positive Covid-19 result was not of the partner of the Auckland woman who tested positive on Tuesday.

"The swab for the partner of the second case is being processed today, so the positive result we received last night is a different case."

"I want to have all the information then let everybody know at the same time."

Bloomfield would not say which part of the country the person was in.

An Auckland woman in her 30s was yesterday confirmed as being the second case of Covid-19 in New Zealand. Her partner is awaiting test results and the family, including two pupils from Westlake Boys and Westlake Girls high schools, are in isolation at home.

Bloomfield said the partner's tests for coronavirus will go into the batch processed from 10am daily and results will be available this afternoon.

The two children are not being tested because they're not symptomatic. "The evidence is very strong ... that people don't transmit the virus unless they're symptomatic and neither of the children have symptoms."

The first person to be confirmed in New Zealand as having Covid-19 tested positive last week and has been recovering in hospital in Auckland.

Public health professor Michael Baker said self-isolation as a form of quarantine greatly reduced the risk of transmission, but the virus could already be spreading in the community.

"The term used quite a bit is 'silent transmission' and that is because this is a mild illness for most people, maybe up to 80 percent and so they can have what looks like a common cold and can infect other people."

Bloomfield agreed there could be transmission in the community, but he did not believe the "genie is out of the bottle".

"Whilst it's called silent transmission, that doesn't mean people don't have symptoms.

"We know from the biggest study done so far, the [World Health Organisation] nine-day mission in China, that it's symptomatic people that transmit that virus.

"If you are unwell with symptoms then stay at home and take precautions.

Covid-19 was not as transmissible as the flu which spreads when people don't have symptoms, he said.