The meat processing industry is getting frustrated with the lack of halal butchers being allowed into the country. 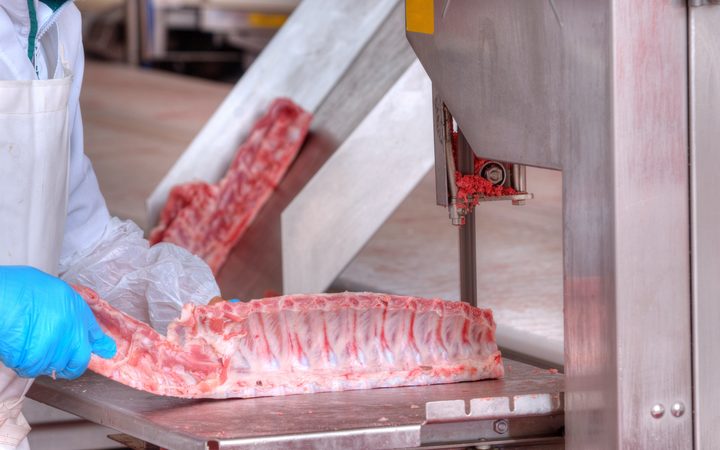 The Meat Industry Association has been asking the government to allow 45 of the specialty workers into the country to help with the labour shortage in the sector.

Association chief executive Sirma Karapeeva said the move showed the government was tone-deaf to the needs of businesses.

With such a small Muslim population in New Zealand, the industry usually relied on migrant workers to fill jobs at processing plants, she said.

"This miserly approval kneecaps the ability of the second-largest goods export sector to fully contribute to the New Zealand economy and capture a higher value from our exports.

"We also understand these 15 halal workers must be guaranteed to be paid 1.5 times the median wage. In light of our sector's established collective agreement pay structure, any government requirement that halal butchers are guaranteed to be paid substantially more than other workers will be unworkable," she said.

Karapeeva said a recent recruitment campaign resulted in 27 applications but only eight people showed up for scheduled job interviews.

Of the seven suitable candidates, only two were willing to move to anywhere in New Zealand.

"Having each animal processed by a halal butcher means that different parts of the same carcass can be sent to various markets around the world. Consequently, while only 43 percent of product is halal certified, over 90 percent of animals are processed in the halal manner.

Farmers are already facing delays in getting stock to the works due to a lack of staff.

"We need the government to understand our specific needs and work with us on practical and sustainable solutions.

"The ad hoc nature of the government immigration re-set policies is not doing anything more than kicking the issue down the road," Karapeeva said.

Agriculture Minister Damien O'Connor said he was aware there were only 11 positions vacant for halal workers at the moment and at this stage there wasn't the capacity to provide the industry with extra visas as a "backup" measure.

O'Connor said it would continue to work with the industry on this.

"Everyone wants to have more people across every sector of the New Zealand economy at the moment," he said. "It's a challenge in Covid times."