The Free Trade Agreement struck between the UK and New Zealand is expected to benefit gin and whisky exporters on both sides, although it's unclear whether consumers here will notice any change in retail prices. 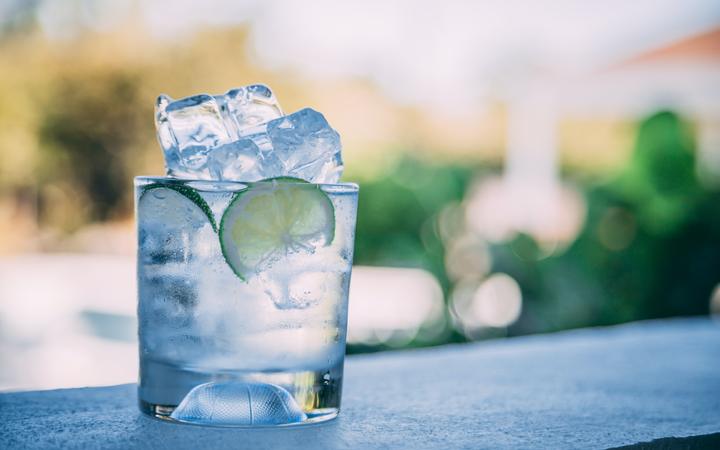 Industry group, Spirits New Zealand, said as part of the deal local whisky and gin distillers were expected to have tariffs removed on exports to the UK.

In return, the same access will be granted for British gin in New Zealand. UK gin currently faces a 5 percent duty, with New Zealand importing $15.7 million dollars worth of product in 2020.

There would be no change for UK whisky exporters, who were already enjoying tariff free trade.

Spirits New Zealand chief executive, Robert Brewer, said the dropping of tariffs for British gin would not necessarily result in cheaper retail prices, as about 70 - 75 percent of the retail price of a bottle of imported spirits was made up of GST and excise tax.

"Tariffs and the duties form a small part [of the retail price], so whether or not you'll see price fluctuations as a result of this is a sort of a complex calculation that it's hard to determine whether or not this is gonna play out at the retail end."

Brewer said while the detail behind the agreement in principal still needed to be worked through, he believed the deal was balanced and would deliver benefits for both sides.

New Zealand's spirits industry was small but growing like crazy, Brewer said. Just 10 years ago there was only a handful of commercial distillers, now there was almost a hundred, he said.

"At the moment, most of the New Zealand distillers are well served by the domestic market, and by markets such as Australia. However, it is obvious that the UK as a major, major trading nation, and a major trading destination of our houses would be something that New Zealand producers would happily increase their exports to."

Just like New Zealand wine had taken the UK and Europe "by storm," Brewer believed the spirits industry could do the same. At the moment New Zealand's exported about $30-40 million of spirits each year, but the popularity of these products was growing rapidly, he said.

"New Zealand gins and increasingly, our New Zealand whiskies are specifically and and wonderfully New Zealand in their taste and appearance and the production methods."