Some kiwifruit orchards would be uneconomic if a spray used to promote growth is banned, New Zealand Kiwifruit Growers Incorporated says. 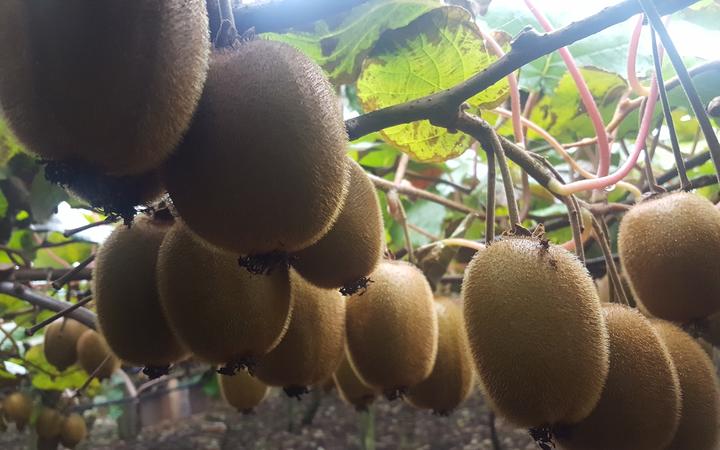 The Environmental Protection Authority is considering phasing out the use of hydrogen cyanamide over the next five years.

The chemical is used in Hi-Cane, a spray used by kiwifruit growers to help buds form after winter.

First bought to New Zealand in 1988, hydrogen cyanamide is banned in Europe and is under review in the US.

EPA Hazardous Substances group general manager Dr Chris Hill said while the authority accepted there were economic benefits from hydrogen cyanamide use, new information suggested these were outweighed by the environmental risks and adverse health effects.

"As part of our reassessment of this substance, we've carried out an initial assessment of the information now available and produced draft recommendations.

"The EPA is currently proposing a gradual phase-out of the use of hydrogen cyanamide, leading to a total ban in five years. This would allow existing stock to be used up, for growers to get familiar with alternatives, and for the introduction of additional alternatives to New Zealand."

Hydrogen cyanamide is not for domestic use and can only be applied by trained professionals in commercial settings. For those who work with the spray, repeated exposure over time is toxic to the reproductive system and thyroid, Dr Hill said.

But New Zealand Kiwifruit Growers chief executive Colin Bond said was important tool for growers and many kiwifruit orchards, in particular in warmer areas, would be uneconomic without it.

"Not being able to use it would be significant but it's too early to say at this point how big an impact it would have on yields.

"What we know is that the product is used to promote bud break, and bud break works on orchards naturally depending on the climatic conditions in that location - you need quite a bit of winter chill.

"In locations where you get winter chill naturally, it would have less of an impact not being able to use High-Cane than areas where they don't have as much winter chill."

Bond said the industry had been testing alternatives for a while but nothing was as effective as Hi-Cane.

"We will work through the Environmental Protection Authority's report and seek independent advice", he said.

Submissions on the proposal close at the end of November.