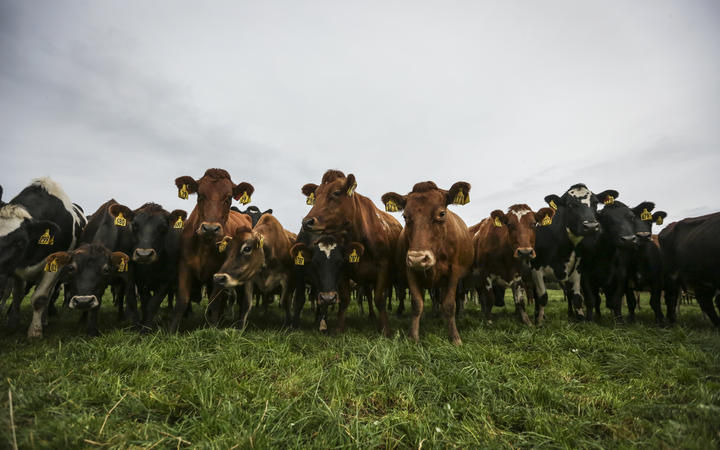 And they will be re-united with family currently still overseas.

Herrick said immigrant workers on his farm were telling him almost daily of workers leaving New Zealand - although he acknowledged that had slowed a bit with Covid-19 issues.

"They're offering them four year working- to-residency straight off the cuff, and also allowing their families to come and join them straight away on Australian soils. So hell of a lucrative incentive for them to go because a lot of them are trying to reunite with the families that they haven't seen for two, to two and a half years," he said.

"They want to be assured and know they've got that locked in place for the future. That would make them a whole lot happier. They do enjoy our lifestyle here, they do enjoy our country and the freedoms it possesses. They'd love for their families to be able to come here and learn from this country, he said.

The government kept saying it would make an announcement about immigrant workers but it has not arrived, Herrick said.

Meanwhile, the worker shortage was so dire local Southland farmers are poaching staff off each other, he said.

He wanted to encourage all farmers to be prepared to get through the season with one worker short.

"We've got a lot of guys out there trying to fully staff their farms and businesses ... which secures their business, I get that, but unfortunately they're taking staff of people who are already one staff short and now they're three and four staff short.

"It's those ones I am very concerned about. They will burn out especially at this time of the year with calving because it's time consuming. We've got a lot of animal welfare issues need taking care of and crikey, if that's not taken care of and it gets a photo taken then there's only one way forward and that's through the court system. So it is a stressful time for those guys right now who are short staffed."

Herrick said farmers offered decent salaries to attract New Zealanders to the jobs but that was proving unsuccessful.