A Marlborough farmer who had to swim sheep to safety on Saturday says the flood waters were far worse than a record-breaking event 40 years ago. 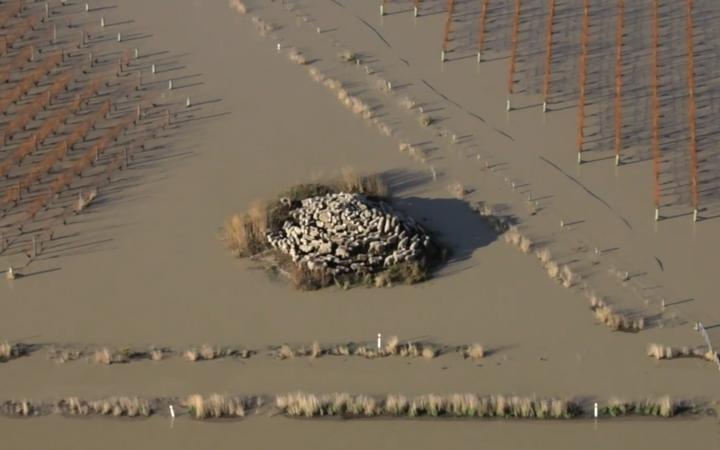 Matt Forlong's family vineyard is just west of Wairau Valley township and during winter they run sheep under the vines.

Simply getting to the property meant chainsawing fallen trees off the road so he arrived later than hoped, he said.

Water was already a metre deep and rising to shoulder depth so 200 sheep were stranded on quickly shrinking islands.

Based on past floods, Forlong thought the rescue job would be quick but it was far more extreme and adrenaline filled than expected.

"The sheep would get pinned against the trellis or canopy and couldn't swim across so basically I had to carry them through. One at a time, well two by two. I nearly lost my dogs with the same thing.

"Basically forced under [the canopy] and then tangled in wires. I got there and was unprepared for what it was ... I ditched gumboots they were dragging me down, and just went through in a raincoat and stubbies.

"The river kept rising. Not the time of year you choose to go swimming."

Forlong managed to get 150 ewes clear of the vineyard structures but one doubled back and was at the canopy height above 2 metres.

"I couldn't swim there safely to get her out. If I can't touch the wires I can't hold on to anything," he said.

The final 50 sheep he had to leave on an island overnight, hoping the water would not rise more and drown them.

"I was blessed they were all all right. I only lost the one ewe." 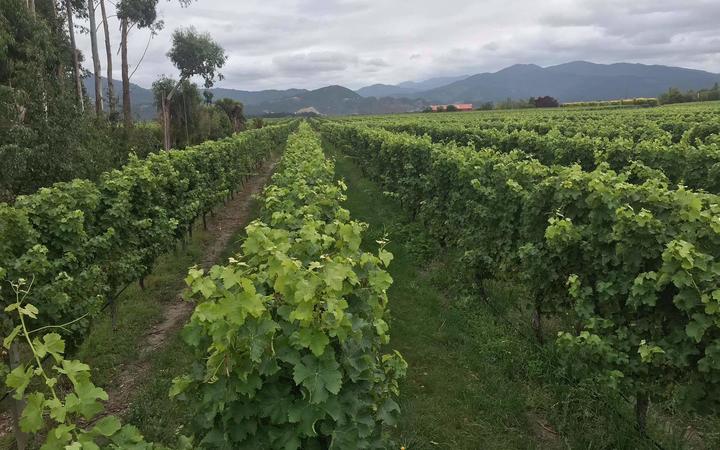 The Forlong family vineyard prior to the flood. Photo: Matt Forlong

Meanwhile, damage on the vineyard had been substantial and would be very costly, he said.

Vines had been pruned but the canes had not been mulched, so as fast flowing river picked them up it was a domino affect with the mulch "building dams" against the trellis, breaking post after post.

"Well over 700 posts are broken ... with silt and debris is wrapped around vines, irrigation and wires. It will be a very very big clean up. Marlborough was short of labour before, it will be in dire need now," according to Forlong.

They were tight on labour for winter pruning so now the few workers there were would have to work even harder, he said.

He estimated overall 3000-4000 hectares of the Wairau Valley would be damaged, with one friend's property at Taumarina near the coast 2m underwater.