Truffle hunters are putting nose to the dirt as the harvest for the elusive fungus gets into full swing, with some expecting to find more than they can sell this season. 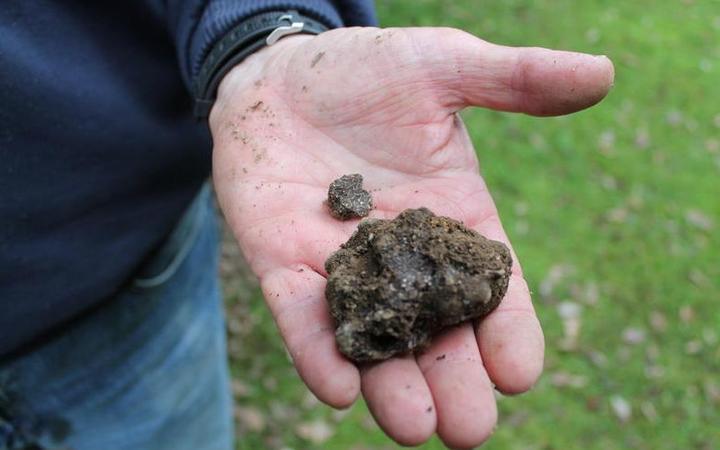 A large amount of soil and tree care is required to keep conditions right for truffles to grow. Photo: RNZ/Carol Stiles

According to the Tuffle Association, there are over over 300 truffle farms, known as truffières, in New Zealand, including dozens of growers who supply to the hospitality industry.

Maureen Binns, husband Colin and trained truffle-hunting dog Jed collect the fungus from beneath more than 200 trees on their Paengaroa property near Tauranga.

Binns said the harvest started weeks early this year due to requests from a prominent Auckland chef - and supply might outstrip demand.

"I would expect that, starting early and lifting truffle that would have rotted if we'd left it till June, that there would be at least 150kg. Can I sell that? Not in a month of Sundays, but hopefully we can move it on to other people who will use it."

A large amount of soil and tree care was required to keep conditions right for truffles to grow, and the margins were slim, Binns said.

"It seems like you've gotta be slightly crazy to want to grow truffles because there is no guarantee that you will ever produce truffles."

A Truffle Association survey of 75 growers in 2017 found only about a third were able to actually produce truffles. Most had to wait at least six years before finding their first. 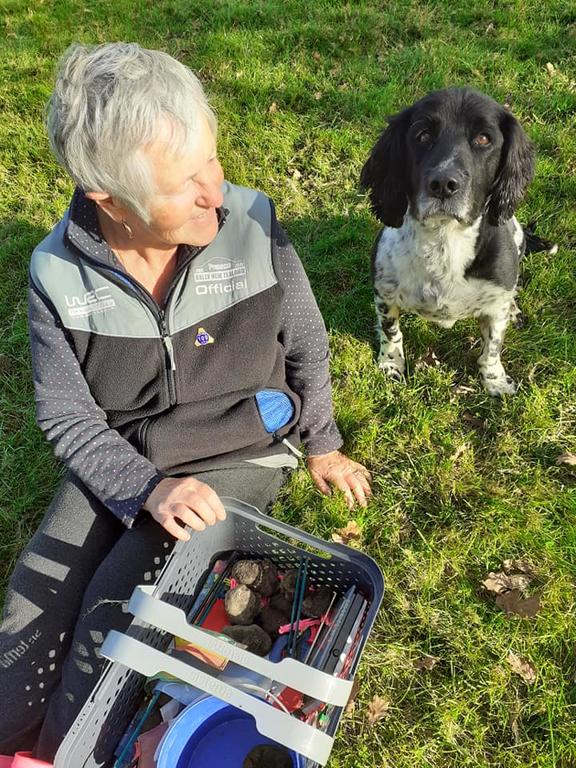 These pics are of Maureen Binns and Jed on their truffière near Tauranga. Photo: Supplied/Maureen Binns

The Binns sell Black Perigord truffles, mostly in infused products, through their business Te Puke Truffles. Some shipments of raw truffles are sent to restaurants and breweries around the country.

On an average day, Jed would sniff out the fungus' distinctive scent, be rewarded with a treat, and Maureen and Colin would then gently remove it from the ground.

Last year, Covid-19 threw a spanner in the works, as the regular truffle hunts they hosted were unable to go ahead under pandemic precautions, meaning some truffles stayed in the ground until well past their use-by date, Binns said.

"There were some trees, probably about 40 trees or more, that we never went near... we lifted and weighed and mostly reburied, broken up, about 50kg of [rotten] truffles.

"I mean it's enough to make you weep, but I didn't, because we were actually reinvigorating the truffière with all that truffle and I think that's why we've got a really good season this year."

Binns said she was enjoying having guests back on the property for hunts this year.

"It's an occasion where people can see and smell and handle something that's really been quite mystical... I suppose most people have never even seen a truffle.

"Not many people have had the opportunity to taste real truffle in New Zealand. They get an overload when they're with us."