Truffle fanatics from around New Zealand have converged on the Waipara Valley in North Canterbury for the area's third annual truffle festival.

The first of the fungus treasures were produced in the area only 20 years ago - but the region has quickly established itself as the country's truffle capital.

Waipara Valley truffle grower, Gareth Renowden, said people had been travelling from as far afield as Auckland and Wellington for the festival events, which included hunts, cooking classes and truffle-themed lunches.

Mr Renowden said the truffle trade in the area had taken off and it was hoped in the future there would be a strong export industry.

"There are more, I think, successful truffle growers in North Canterbury than any other part of New Zealand, which is one of the reasons we have got the Canterbury truffle festival running at the moment," he said.

"It is mainly [truffles] going into the domestic market at the moment, but there are some experiments with exports and I think over the next five to 10 years it's going to turn out to be a significant export industry for New Zealand as a whole." 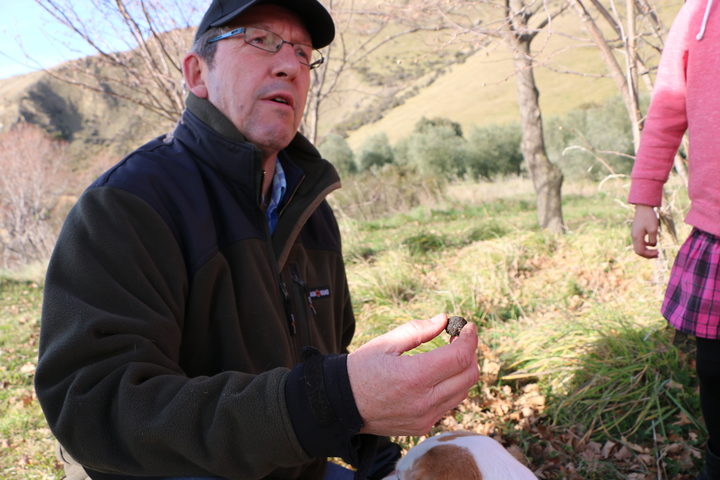 During the festival, which is timed with the peak of the truffle season, Gareth Renowden has been taking truffle enthusiasts on hunts around his 10 hectare farm, Limestone Hills.

He uses his seven year old beagle, Rosie, to sniff out truffles. 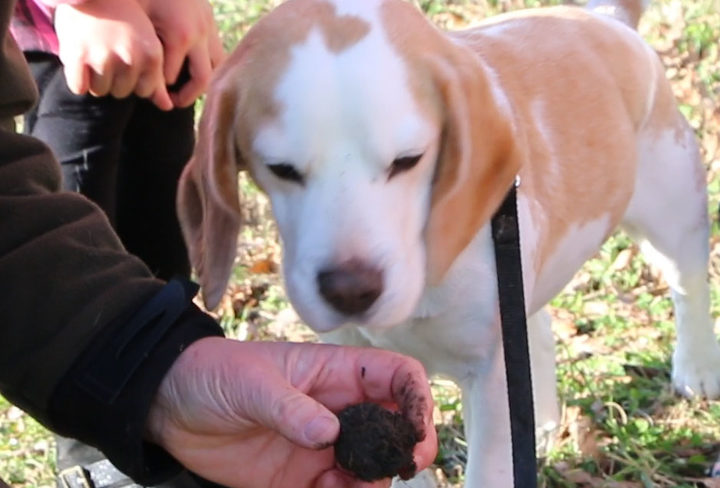 Truffle dog Rosie and one of her finds. Photo: RNZ / Maja Burry

Mr Renowden said the four different truffle types he grew sold for as much as $3 a gram - or $3000 per kilogram.

He said the reason they were so expensive was partly because they were rare.

"We are growing them now, but it is a hit and miss process - it is not a wonderful guaranteed way of making loads of money, you can have a good year, you can have a bad year.

"They are just a delicacy, they are up there with champagne and caviar," he said.

"We have natural limestone soils and that's ideal for truffles but it's also ideal for high quality grapes too."

The Canterbury Truffle Festival runs from 15 July until 30 July.