A farmer in an area known as ground zero for high nitrate levels, is making fundamental changes to the way he farms in order to lessen his impact on water quality. 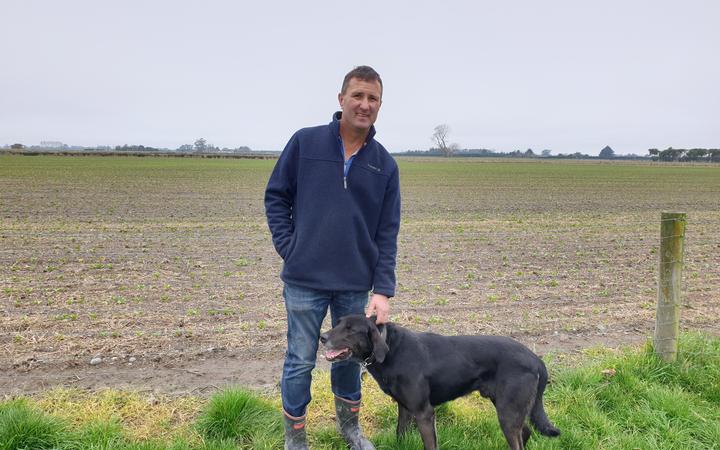 Levels in private drinking water bores in Mid-Canterbury were on average five to seven times higher than most towns and cities, and in some places exceeded the amount deemed safe by the World Health Organisation.

But a number of farmers were determined to do something about it.

David Birkett grows crops including wheat and vege seeds on 200 hectares near Leeston.

The last time he had his water tested five years ago, it was just below the WHO safe level.

"There are some places which are over the 11.3 [mg nitrate/litre water] which is the international drinking standard. So, yeah, that's concerning for everyone on the community."

The amount of nitrate coming off Birkett's farm after years of fertiliser use, was the reason his levels were so high.

For others, the radical increase in the number of dairy cows was to blame.

"The introduction of irrigation from about 2000 onwards, there was a huge increase in irrigation consents during that period and a corresponding increase in the amount of nitrogen that was used as well. So, I think, as farmers we've got to be honest, we have had an effect on the nitrogen that groundwater," Birkett said.

But in the past five years, this conventional farmer had adopted a number of regenerative farming techniques which had allowed him to reduce his fertiliser use by 30 percent.

It was all about trapping more nitrate in the soil where it could do the job of boosting plant growth, instead of being washed away and in to the groundwater.

He shied away from being described as a regenerative farmer and said he was initially attracted to it because it meant he did not have to spend as much on fertiliser.

"We care for the environment we live in. We can't do a lot about what's already in the system. But if we can start to help educate people, new techniques, new technologies that can help to reduce the amount of nutrient that does get into the ground water, at least the next generation will have hopefully clean drinking water."

On Sam Clearwater's organic dairy farm in South Canterbury, nitrates were kept to a minimum through having less cows - about half the number on a conventional farm, and the same regenerative techniques used at Birkett's place.

One of the biggest challenges was the three years it took before certification was granted.

"Also just changing your mindset, moving away from the conventional practices and you've sort of got to open your mind really to how other people do things."

In order to supplement the farm's income, he had started fertilising neighbouring farms using special equipment that diluted urea fertiliser - thereby reducing their nitrate run off.

"The conventional guys they put on like 65 kilos of granular [urea] and we come in at 30 and we're getting exactly the same results."

Back in Mid-Canterbury, long-time organic sheep and crop farmer Tim Chamberlain was reluctant to lecture his conventional farming neighbours on how to reduce the amount of nitrate coming off their properties, but believed regenerative techniques could play a role.

"Farmers are a pretty adaptive creative bunch. They'll work it out. And if it involves regenerative agriculture, it's going to become obvious as far as I can see."

However, widespread adoption of some of the techniques used in organic farming would not be economically viable without there first being a fundamental shift in the amount people were willing to pay at the supermarket, he said.

"In my world, the heroes for the last 35 years have been the people that have consistently bought our produce, because if we were stuck with, you know, low commodity prices with very little ability to adjust, we would have been, you know, running a pretty miserable existence."

Chamberlain said if farmers could work out ways to grow food that did not lead to the degradation of waterways and people's drinking water, then the future was bright.

But he said if they could not, then the consequences would be dire.