A strain of salmonella which has infected six farms in Auckland has now been found in the upper North Island. 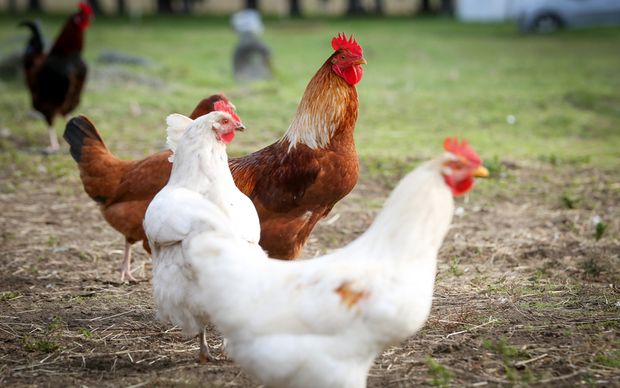 The Ministry for Primary Industries first became aware of the strain in March when a supplier of hatching eggs and day old chicks tested positive for the bacteria.

As a result 64 farms were tested with six in Auckland testing positive.

"It's still under investigation how the seventh farm is linked to the Auckland supplier - there is a link but it's not as clear cut as the previous ones we've been looking at, so we've been continuing to investigate that.

"The farm did purchase chicks from another farm which bought birds from the original farm - so it's one step removed," Dansted said.

"What we do know is that this particular bug is found in the environment - we have found it in rodents and we have found it outside the commercial flock and it's been found in people over the last couple of years.

"We cant confirm the source of it but unfortunately we are seeing it in the poultry system," he said.

Affected farms have culled stock and sanitised affected sheds in a bid to get rid of the bacteria.

The ministry is not keeping numbers of how many birds or flocks have been culled.

The strain, which can cause abdominal cramps, diarrhoea, fever, headache, nausea and vomiting has also been found in 102 humans with more cases under investigation.

Dansted said as a precaution people should cook eggs thoroughly, store eggs in the fridge and practice general kitchen hygiene.