A researcher looking at the different foraging behaviours of deer says it could help farmers create the perfect "designer herd" for their land. 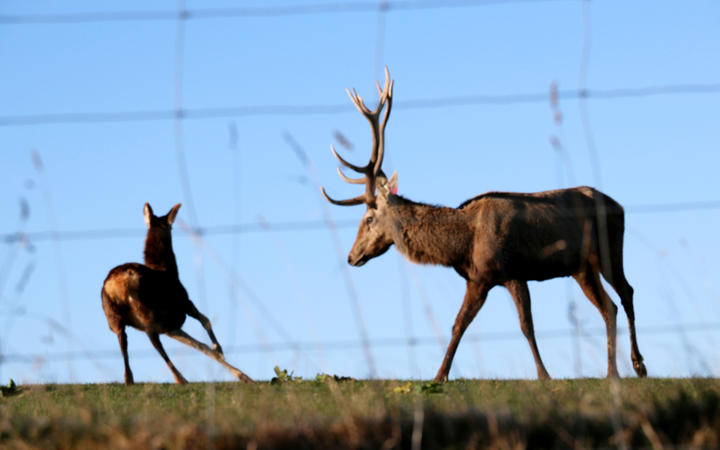 He said there was a range of factors that influenced where a deer wanted to forage, including its personality, health, social interactions, past experience, food availability and diet.

Thompson said if those foraging behaviours were better understood, it might be possible to create herds with deer that were suited to specific farms.

"We have different landscapes and a variation in the way that deer behave, and the way they respond to seasonal changes, and it's about matching the right deer to the right landscape."

Thompson said if designer herds could be developed they would have multiple benefits for the deer industry.

It could create higher productivity, as grazing resources would be used more efficiently, he said, but might also decrease farms' environmental impact.

"So if you have a group of animals that all concentrate in one area and over-graze a particular area, that area is at high risk of erosion, it has a higher nitrate loading and therefore higher leaching.

"If you could spread the animals evenly across the landscape that reduces that over-grazing and reduces that environmental footprint."

For the research, deer would be fitted with GPS collars to track them, in a similar way to studies on cattle grazing behaviours.

The first step would be to track deer in an intensive farming situation to see how deer behaviour varies, then the same technology would be used to monitor them on hill or high-country areas, Thompson said.

Previous studies had looked at small groups within a herd in one landscape but this would cover an entire herd in larger and more varied areas.

Thompson said this phase of the research should wrap up in 2024.