Southland shearer Megan Whitehead has broken the women's world record for shearing the most number of lambs in nine hours. 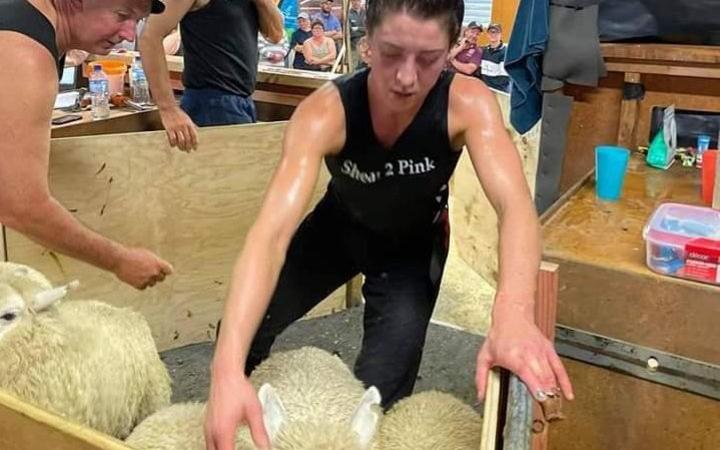 During her world record effort today, in near-30 degree heat, the 24-year-old managed to shear 661 sheep - smashing the previous record of 648 set by Emily Welch in Waikato in 2007, Shearing Sports New Zealand says.

Each lamb was shorn at an average of just 49 seconds each.

Whitehead had to shear at least 72 lambs an hour, and Shearing Sports NZ said she was ahead of the pace from the start, shearing 153 in the first two hours from 5am to breakfast.

A support crew was headed by Whitehead's father Quentin Whitehead while Welch and fellow female shearing legend Jills Angus Burney were among the hundreds spectating.

Reaching for the superlatives, predicted Whitehead would one-day be the first woman to shear more than 700.