Farm profitability across the Ashburton District is expected to decline 83 percent per year due to the government's freshwater reforms, a new report states. 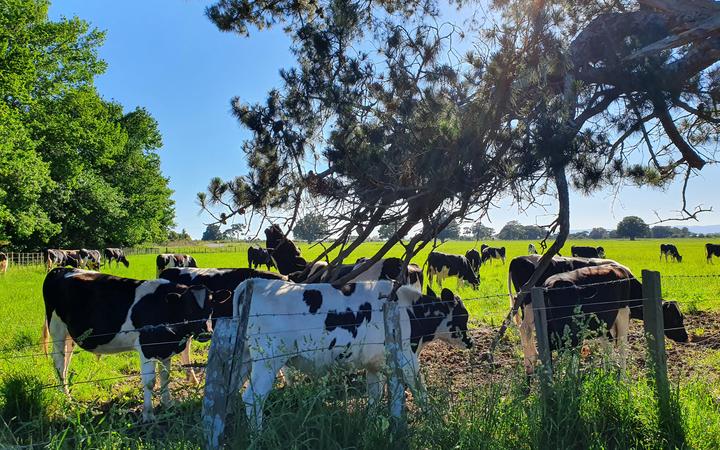 Ashburton District Mayor Neil Brown says farmers will have to have fewer animals to meet requirements of the freshwater reforms in time. Photo: RNZ/Sally Round

The changes are aimed at improving the quality of waterways and include new rules for winter grazing, nitrogen pollution and farm intensification.

The desktop report, requested by the council, notes dairy farming takes place on nearly a third of the district's agricultural land and would be the hardest hit financially.

"The regulations will challenge existing farming systems with a number of established farm practices needing to change, and new technology and innovation adoption will be required."

It conservatively estimated that farm profitability would collectively decline more than $57 million, while farm expenditure would fall by about $140 million.

Ashburton District Mayor Neil Brown said that to drop nitrate levels in lowland streams in the required timeframe, farmers would have to have fewer animals.

"They will have to reduce their stocking rates on their farms to meet the requirements and that will lower the net profitability of the farm."

With less revenue, farmers would have to tighten their spending with service and support businesses, resulting in lower levels of employment across the sector, he said.

The report found if the timeframes for achieving the reforms were short, the negative consequences of change were likely to become more significant, Brown said.

"We can see from this report that the successful transition to better freshwater outcomes needs to be very carefully balanced with economic sustainability.

"Meaningful change cannot happen overnight. In addition to time, it is critical that our industry and community are supporting innovation and filling gaps in knowledge."

In a statement, Agriculture Minister Damien O'Connor said the government was looking at the issues that had been raised by farmers and others, but he did not necessarily support all the assumptions the desktop report made.

Ongoing communication with the sector was important, O'Connor said.

"We want to work together to resolve these issues."

"Any further tweaks that are needed will be identified through the engagement agencies are carrying out with the sector."