Two New Zealand farmers have launched a campaign to bring meat to low income people around the country. 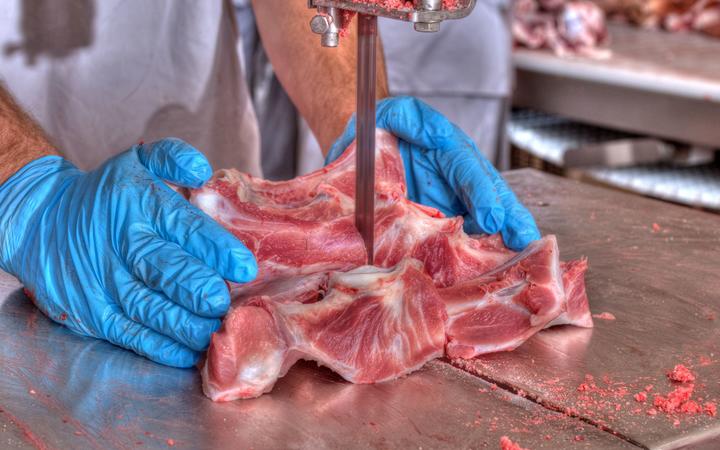 The Meat the Need programme donates stock for slaughter to be sent to city missions and foodbanks across New Zealand.

It was thought up a year ago, long before anyone had worries about Covid-19, but founding farmers Siobhan O'Malley and Wayne Langford said the economic harm caused by the virus had given the scheme an even sharper focus.

Langford, who is a dairy farmer from Golden Bay, said he hoped to have about 1000 animals donated for slaughter and processed by the end of the year.

"We've set up a system where farmers can donate easily, and send them through their processor," Langford said.

"From there, they'll be packaged and graded in 500 gramme packs of mince for city missions and foodbanks throughout New Zealand."

Langford said it did not always feel right that farmers feed so many millions overseas, when there were people hungry in New Zealand.

And both he and O'Malley felt that way even before the latest crisis.

"It's been about 12 months in the making and we could never have predicted that Covid would come along, but it has," Langford said.

"So it's a great time to be launching and helping out people in New Zealand who are in need.

"But this is a long term project which we hope to make a huge difference to poverty in New Zealand into the future."

Silver Fern Farms has undertaken to process the stock at cost. It is able to process sheep, deer and cattle.

The scheme is seen as significant because a donated beef cattle can be worth $1200, which contrasts strongly with a few dollars given to the Red Cross or other charities by passers by on Queen St or Lambton Quay.