New Zealand Rock Lobster (crayfish) are once again heading to China with the first small consignment being airfreighted last week. 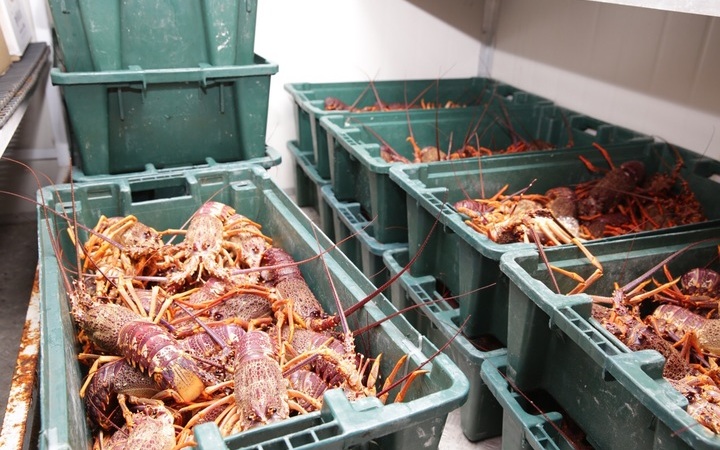 It was one of the first primary industry sectors in New Zealand to be affected by Covid-19, and as we now know, the sledgehammer that hit this industry was just a taste of what was to come.

The $320 million industry directly or indirectly employs 2500 people, and the lucrative Chinese market stopped overnight in late January when orders were suddenly cancelled.

While it is good news that some lobsters have been exported, Rock Lobster Industry Council chief executive Mark Edwards warns it was a very humble start. A few tonne were sent, rather than tens of tonnes, and he says the prices are modest, "half of what would have been normal a year ago".

"It is just trying to keep the door open and maintain business relationships," he said.

The closure left lobster companies scrambling to cope with live animals in tanks and nowhere for them to go. Some were returned to the sea but others were sold for well below normal values.

Fishers were left with un-caught quota, and they have only been allowed to carry 10 percent through to the new season starting this month.

Australasia's largest live exporter, Fiordland Lobster Company, said it has been a lean three months, but it is hoping for improvements by the end of the month.

General manager of sales and marketing Andrew Harvey said market conditions alter daily but being a sizeable operator with 20 sites across New Zealand and Australia, they have to plan some time out.

He said as a result they have taken the view there will be some return in demand towards the end of this month because May is normally busy.

"The first of May is Labour Day holiday in China and there is up to a week of holiday around it and a lot of celebrations scheduled around then when our lobsters are the premium seafood consumed. The rest of May also has a lot of lucky days when there are celebrations," he said.

Just how many weddings and other events will be held is still unknown.

Harvey said another constraint could be a shortage of air freight. It is flowing well at present as exporters can back fill planes bringing PPE gear from China to New Zealand, but once that stops, the cargo availability will change.

A lack of domestic flights is also a problem for an industry where lobsters are captured in isolated places and need to be flown to Auckland for export.

In the past they have chartered aircraft to carry the live lobsters to Auckland and they may have to do this again, Harvey said.