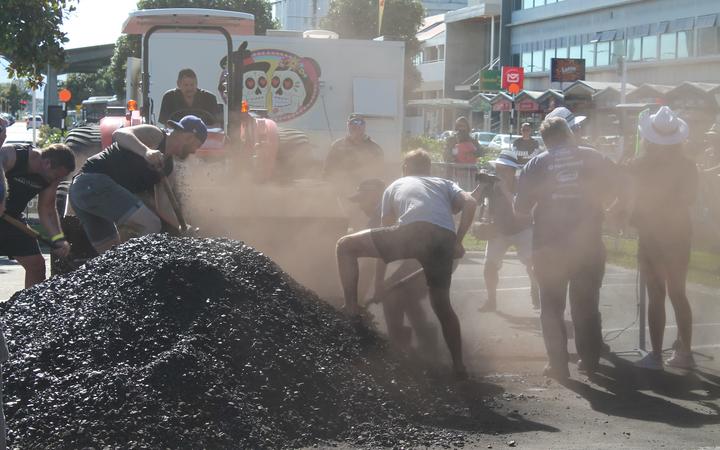 While other events across the country were put off, the annual Rural Games went ahead as planned, with the city's central square transformed into a farmer's paradise.

Onlookers were treated to a premier experience, with some of the best in the world showcasing their skills.

"A lot of people have never seen wood chopping or shearing or coal shovelling or anything like that," said six-time New Zealand sheep shearing champion Rowland Smith.

"For them to get up close and see it is a lot different to seeing it on TV. We've got technically some of the best shearers in the world here today, so it's pretty amazing to have them in one spot and they'll be able to get up close."

That would be a substantial growth for the event - which started just eight years ago down in Queenstown.

But it's not come as a surprise - where else can you walk 50 metres down a path, and witness a couple of people shovelling coal, then someone swinging from a tree, and then come across a trans-Tasman woodchopping championship, before arriving at the Highland Games? 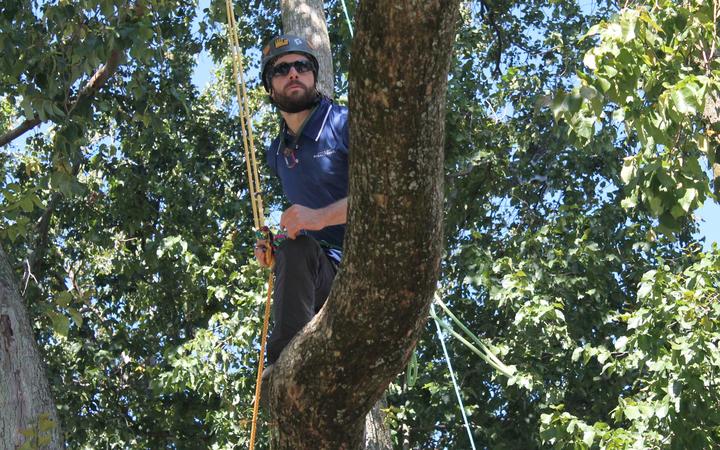 The man who founded the games back in 2012, Steve Hollander, said putting on the event is a big operation.

"We've got about 20 different events that are running here - there's about six New Zealand and Australasian championships, and another 12 or so have-a-go events.

"So we've run a staff of about four or five through the year, and when we hit the games, we're up to 200 people."

Chair of the board of the games, Margaret Kouvelis, said the games was a way of "honouring" the rural way of life.

"It actually is deeply moving, it nearly brings people to tears," she said.

"What it costs people to do, not just in the realm of sporting excellence, but in their way of life, and we're honouring that way of life. [It's] had a real input into the country."

A spectacle for city folk

Some of the other events people could watch the experts do included tree climbing, wood chopping, and the Southern Hemisphere Highlander champion.

The Highlander Champion featured seven men, testing their strength over several events throughout the weekend in events like the caber toss, farmer's walk, and weight over bar. 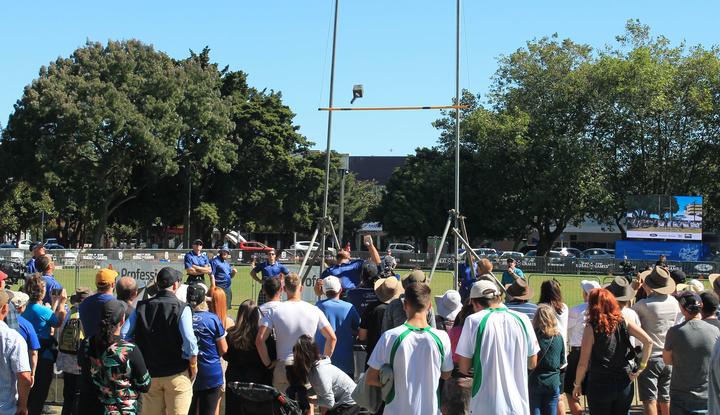 Throwing a weight over the bar - part of the contest to find the Southern Hemisphere Highlander champion. Photo: RNZ / Harry Lock

The championship this year featured six men from New Zealand, one from Canada, and one from Australia.

"More men than I am, stronger than I am - I couldn't even lift those rocks," said Eric, who had travelled to the games from Whanganui.

The newest event was the coal shovelling, in which teams competed to transfer 300kg of coal as quickly as possible into the bucket of a digger truck.

Clouds of soot thrown up by the shovelling did not detract onlookers.

The man who brought the event to Palmerston North, Brian Coughlan, comes from a family of coal shovellers.

He said it was fantastic for his culture and the tradition he was brought up in that the event was still being continued to this day, when the actual use of coal shovelling has ended.

"With more modern mining it's more mechanised, so we're just trying to keep something that was part of our culture, on the West Coast for a long time. We're trying to keep it alive."

It's those Have A Go events that got people involved - from trying to lift six haybales onto the back of a truck as quickly as possible, to cowpat throwing.

Letting the kids have a go

With most of The Square in Palmerston North taken up with tractors, hay bales, and trees - there was plenty of things to do for those looking to get a bit more involved.

The park was humming with the sound of children running around and experiencing new things.

"I think that's what gives me the greatest thrill," Kouvelis said.

"If we don't care about our young people's futures and we're always looking back to our past, then we're not going to prepare the nation for what is to come.

"So this is about reminding them of what the past was about, but it is very much for them." 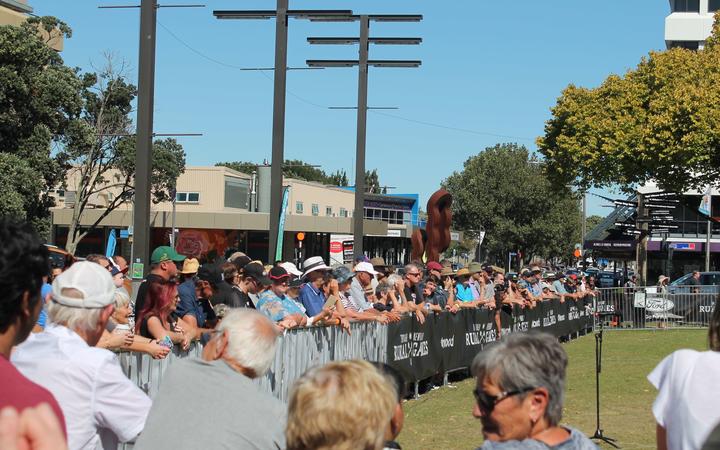 Organisers were pleased with the interest in this year's games. Photo: RNZ / Harry Lock