Scientists want to know if carbon levels in New Zealand soils are increasing or decreasing. 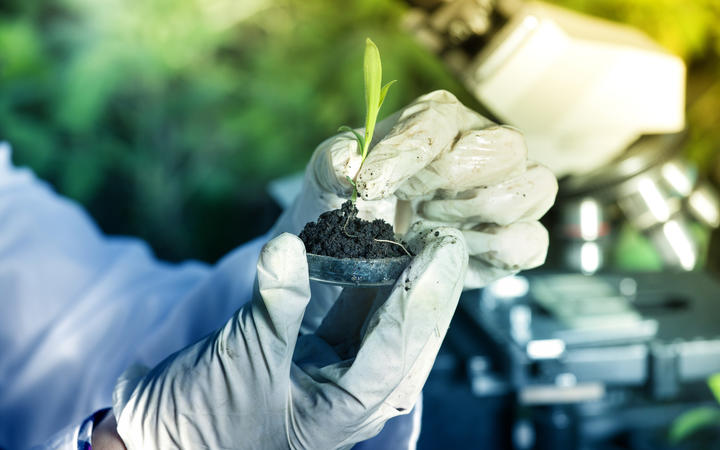 So the New Zealand Agricultural Greenhouse Gas Research Centre and Manaaki Whenua, or Landcare Research, have commissioned a long-term research programme to check this out.

In a statement, the centre said there was far more carbon stored in soil than there was in plants and the atmosphere combined.

As a result, any activity that released carbon dioxide from the soil into the atmosphere was very bad news for the environment.

But anything that could take carbon out of the air and store it in the soil had a positive impact on the climate.

The new study would try to figure out if soil carbon levels were changing, by benchmarking carbon levels at a range of locations and assessing any changes in carbon storage at varying times in future.

"For grazed pasture of flat land, current evidence suggests that soil carbon levels have not changed in the last two to three decades, except for drained peat soils," Dr Clark said.

"There is some evidence that grazed hill country pasture gained in carbon levels between 1080 and 2010, but it is not clear how widespread those gains are or whether the effect is ongoing.

"The study will give us a much clearer picture of what is happening."

That stemmed from several things including a temperate climate that encouraged year-round plant growth, meaning carbon was continually being added to the soil.

On the other hand, this already benign state meant improvements were harder to achieve than they were in countries that had a bad record to start with.