Beekeepers are keenly awaiting the arrival of a tiny insect from California which preys on the giant willow aphid. 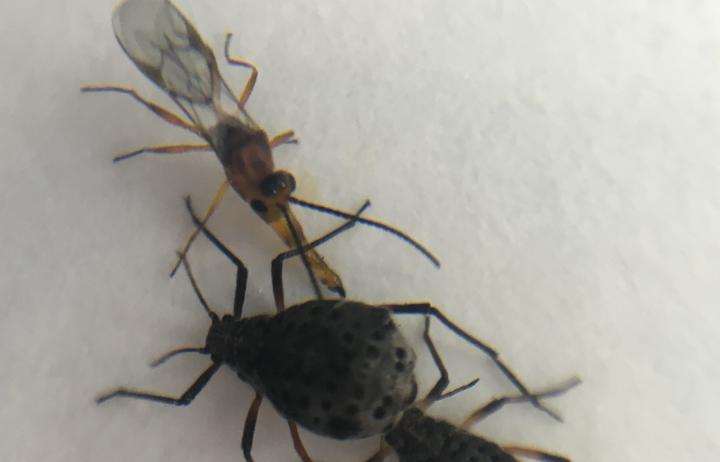 They say it will help willow trees survive and provide essential food for bees.

Their response follows approval of the parasitoid insect Pauesia nigrovaria by the Environmental Protection Authority.

Scion entomologist Stephanie Sopow said the insect was an an effective control agent.

"The parasitoid insect will approach the aphid and lay an egg inside it," she said.

"That egg hatches inside the aphid, becomes a pupae and the aphid dies, and becomes a Mummy aphid.

"The parasitoid then chews a hole in the aphid, emerges, and finds a mate and then a new aphid."

Ms Sopow said she hoped the process would be ready to start by next autumn.

The impending arrival of the parasitoid insect was welcomed by the chairperson of the Apiculture New Zealand Science and Research Focus Group, Barry Foster.

"The giant willow aphid is a devastating exotic pest species that has negatively impacted the health of willow trees and by extension the health of bees and honey production in New Zealand since its discovery here in 2013," he said.

"Willows are a critical source of pollen and nectar for bees in the spring as they build up strength for the major honey flow and pollination duties.

"Giant willow aphids reduce the vigour and strength of willows, in some cases leading to the death of the tree."

Mr Foster said the aphid also attracted large numbers of wasps, which fed on its secretions.

The wasps would then multiply and attack bees.

"Getting the green light to release the parasitoid is an important step in dealing to this nasty pest," he said.