The giant willow aphid, which has a devastating effect on willow trees, has moved to other hosts as well, including apple trees, it has been discovered. 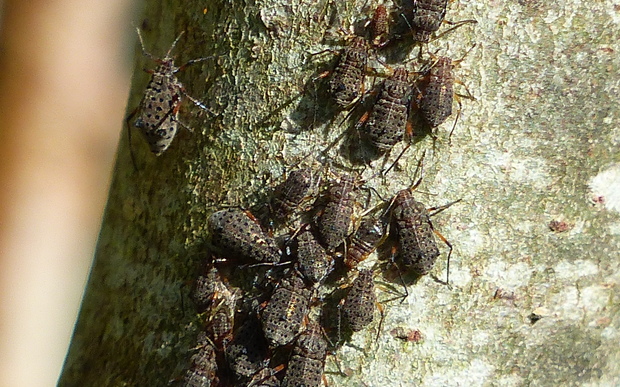 It sucks: The giant willow aphid, pictured, can damage or hinder the growth of host trees by sucking away their nutrients. Photo: Plant and Food

The pest was first discovered in New Zealand in late 2013 and can now be found across 90 percent of the country.

Poplar and Willow Research Trust general manager Ian McIvor said the pest was proving very hardy, and its spread to other hosts was concerning.

"So they are found in our poplar and willow nurseries on a number of different poplar varieties and they have been reported from a couple of nurseymen to me on ornamentals but also reports of them on apple trees in an apple orchard," he said.

"Possibly they have moved across from the willow shelter belt."

The fact they had moved on to apple trees had come as a surprise, Mr McIvor said.

He could only guess what effect they would have on the fruit, but because they fed lower on the stem than where most of the fruit would be, sugars would be directed to the fruit rather than down the stem, he said.

"They are stem feeders rather than on the leaf, and even then on the larger stems."

Research on finding a predator to deal to the aphids was really just only beginning, Mr McIvor said.

Without a predator for the aphid, the prognosis for willows in New Zealand was not great, he said.

He compared it to humans having intestinal worms continuously, where the worms take food that should be going into the host's system - saying the aphids did the same to the tree's stem by sucking the sugars out of it.

In contrast to the aphids' first two seasons in this country, it had been very active across autumn and early winter, Mr McIvor said.