Winegrowers in some regions are reporting a turbulent start to the new grape growing season, with frost-fighting efforts already well up on last year. 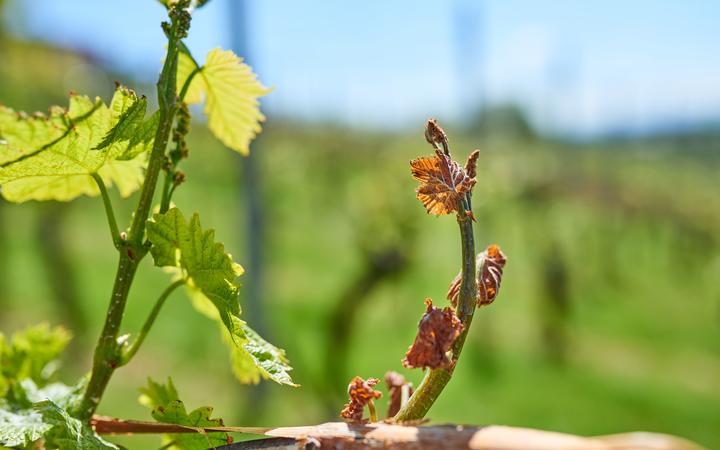 One vineyard manager says this spring the frost has been "unrelenting". Photo: 123rf

ANZ rural economist Susan Kilsby said early varieties were budding which was causing some concern due to the recent cold snap.

"There certainly has been some concern around frost, certainly in the Wairarapa and Marlborough, so everyone's been out fighting frost, [but] so far I've only heard of damage of small areas of some of the early season crops," Ms Kilsby said.

The later varieties, including the main Marlborough Sauvignon Blanc crop, were yet to bud so as yet there is no major risk to overall returns from the sector, she said.

But Ms Kilsby said further cold snaps were forecast which was a concern.

Martinborough's Ata Rangi vineyard manager Gerry Rotman had been firing up the wind machines in recent weeks, working late into the night to protect his crop.

Mr Rotman said this spring the frost had been "unrelenting", occurring two or three times a week for the last three weeks.

"We're pretty well covered with wind machines, except for one block where we use a helicopter which we share with the next-door neighbours ... but, yeah, we've been very grateful for it because we would've been toasted if we hadn't had it," he said.

Wine Marlborough general manager Marcus Pickens said it had also been a good few years since growers in his region had had to undertake this much frost fighting, describing the weather this spring as being "quite turbulent".

Mr Pickens said given the size of the region, some areas had been more affected than others. It was too soon to say what impact the cold snap would have on yields of the early season varieties, which only made up about 6 percent of the total volume of grapes grown in Marlborough, he said.

"Certainty Pinot Noir and Chardonnay - those early season varieties are a bit more susceptible to frost, than Sauvignon Blanc. It's just a bit too early for Sauvignon Blanc to be affected, which is good."

"But I think everyone is casting an eye forward and thinking 'gosh, if there's been this many events early, how are we going to sort of manage the risk of Sauvignon Blanc when it comes, comes along'," Mr Pickens said.