A New Zealand designed and built robotic system is set to transform dairy-herd testing in this country. 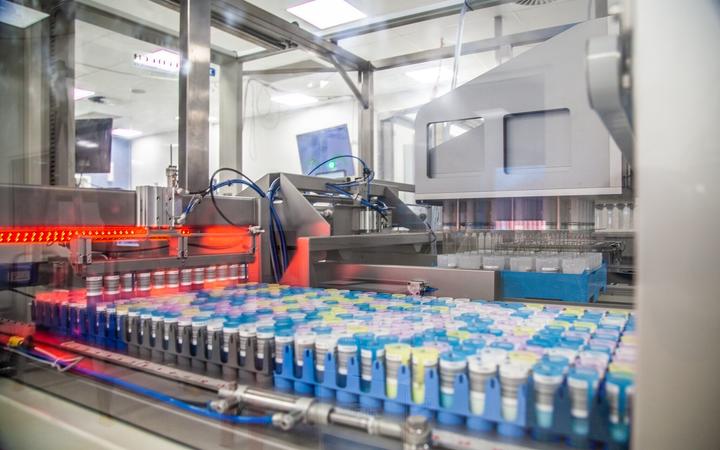 Herd improvement co-operative, LIC, collects about 11 million milk samples from farms every year and until now the samples have been manually tested.

The tests, carried out four times a year on farms help farmers judge the performance of each cow and also test the disease status of each animal.

LIC has been doing the work for the last 50 years.

This has involved a team of about 70 people who manually weighed each sample of milk and then took a small sub-sample which was then analysed in the lab.

It has now installed machines to automate the weighing and sampling process at its Hamilton and Christchurch laboratories.

The custom designed machines have been developed over the last three years by LIC staff and Intellitech Automation.

Chief executive Wayne McNee said LIC has been trying to automate the process for many years.

He said robotic testing is both quicker and more accurate and that the machines do not spill or contaminate samples.

Mr McNee said five robotic machines will be working, while cows are being milked during the season running from July through to April.

He said the main benefit for farmers is a more efficient operation.

LIC has invested $3.2m in developing the machines and it expects to pay the cost off within two years with the savings made.

Mr McNee said seasonal staff will not now be required to do the testing.