New Zealand's meat industry is not like others and has a place in future food production, NZ Beef and Lamb says, after a global report into meat's effect on climate change. 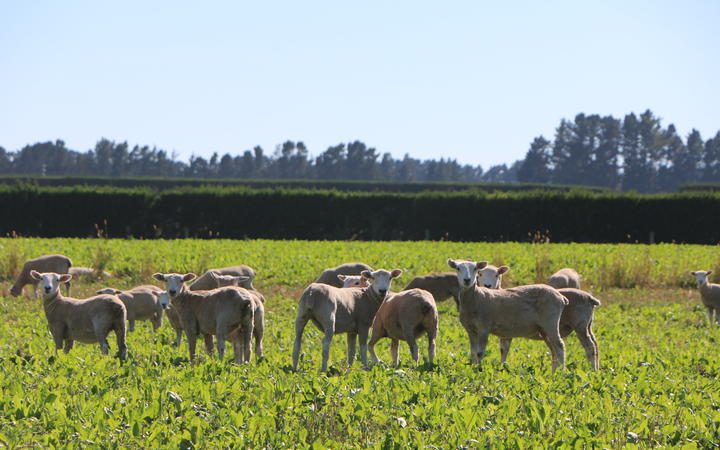 The UN's Intergovernmental Panel on Climate Change report into land use by 103 scientists said the West's high consumption of meat and dairy produce was fuelling global warming.

It stopped short of urging people to become vegans or vegetarians, instead urging the efficient use of land for food production while cutting emissions, and vigorous action to halt soil damage and desertification.

One of the climate scientists who worked on the paper, Anita Wreford from Lincoln University's agribusiness and economics research unit, said the report identified a lot of the challenges and the important thing was to start acting as soon as possible.

She said while it was true agriculture and farmers had a role to play, it was the food system as a whole that was part of the solution.

"So it's how we produce the food but also the choices we make as consumers, not just the type of food we buy but how we use it so that we don't waste it, so food waste is quite a big topic on the report as well.

"I think farmers should take some heart from the report that livelihoods rely on this and also that there are options to farm sustainably so that we reduce the pressure on the land and still produce food and I think that's a message we're hearing more and more in New Zealand."

"We can explain to the world - and we've already started that process - that we are part of that solution, we are producing low emissions food from a natural environment on land that actually can't be used for other food production systems," he said.

"We've already reduced in the red meat sector our emissions by 30 percent since 1990 and we're committed to adding no additional warming and becoming climate neutral by 2050.

He said the IPCC report's suggestion that Western diets were too meat-focused was not applicable to New Zealanders.

"Our message is that people should eat ... a balanced diet and there are some parts in the world where people are eating too much fat, salt and meat but not in New Zealand.

"Eat quality food and eat low emissions food - and we have a huge march on the rest of the world in terms of our production systems."

He said the idea of closed meat production systems that aimed to capture emissions at barns were not a real challenge to New Zealand's meat production.

He also said 1.4m hectares of native forests on New Zealand sheep and beef farms were useful for offsetting emissions, and it was mostly land which could not be used for other forms of food production.

"Given that we've got sequestration for about 80 percent of our emissions now I think we're really on target to actually being climate neutral by 2050," he said.

"We have a very secure place in the future food production system of the world ... it's a big challenge and we're up for it."

DairyNZ chief executive Tim Mackle also welcomed the report in a statement this morning, saying it provided some valuable detail on the debate about climate.

"New Zealand co-sponsored a proposal for a Special Report on Climate Change, Food and Agriculture in 2015. The report has arrived at an opportune time as New Zealand works out how to play its part in tackling climate change and what it might mean for our agricultural sector and our economy" Dr Mackle said.

"As world leaders in the efficient production of high-quality, nutritious, pasture-based, low-emissions milk, New Zealand has a huge role to play in showcasing what a sustainable system can deliver.

"The report highlights how much the science is still developing, especially when it comes to agricultural emissions, which again demonstrates that a prudent approach for New Zealand is needed."

He said DairyNZ was fully behind playing its part on climate change and supporting farmers to take action, but that the industry organisation needed more time to fully digest the report.