Some growers say they are being left out of pocket by Auckland's regional fuel tax because there is no simple way to claim back for on-farm vehicles and machinery. 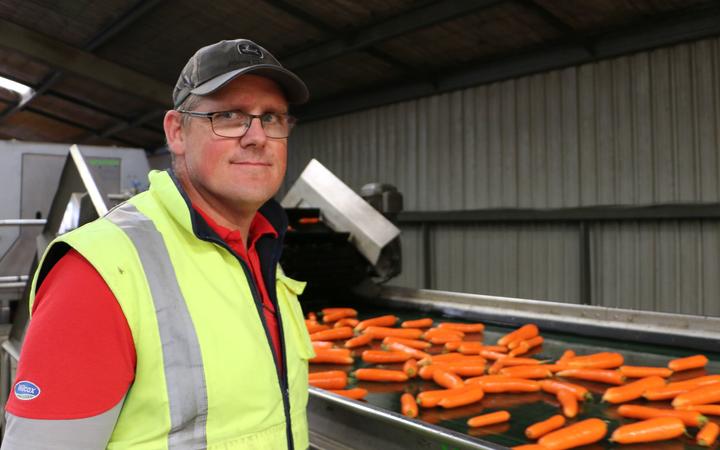 AS Wilcox and Sons operations manager Simon Wilcox says a better system than the rebate one for the regional fuel tax needs to be found. Photo: RNZ / Maja Burry

The 11.5 cents-a-litre regional fuel tax was introduced last July to fund transport projects around the region. It is expected to raise $1.5 billion over the next 10 years.

A rebate system, overseen by the Transport Agency, is meant to help growers and farmers claim back for on-farm vehicles and machinery.

The company used about a million litres of fuel a year, but it was not claiming for off-road vehicles used in the region because the rebate system was far too complicated, Mr Balle said.

"If we're wanting to claim $100,000 and we have to employ a full-time person to be able to process the claims and collect the information and do everything else, then the net gain is probably very small," he said.

To claim, growers must record fuel usage for each individual vehicle. That would require staff working in the field to collect information, taking up more time and imposing further cost, Mr Balle said.

"So we think that the system is very clunky and it's not fit for purpose," he said. 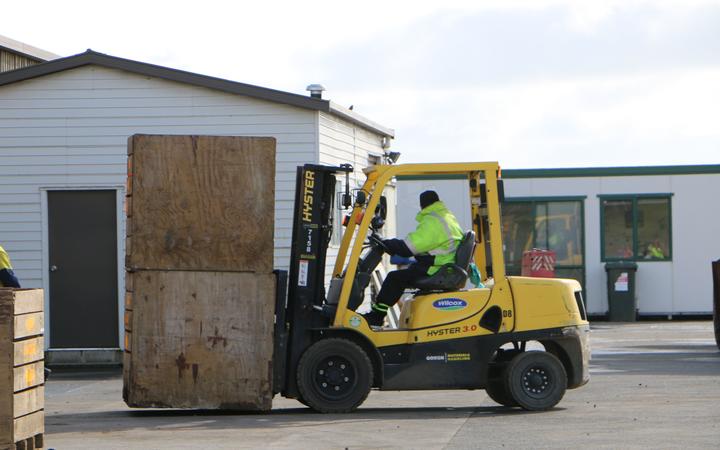 The fuel usage for every vehicle must be recorded as part of the process to claim a rebate for the regional fuel tax in Auckland. Photo: RNZ / Maja Burry

AS Wilcox and Sons operations manager Simon Wilcox said the company, which grew potatoes, onions and carrots across four regions, had started using the rebate system.

But Mr Wilcox said the tax had not been welcomed by growers in the area and he supported finding a better solution than the current rebate system.

"As a grower group our biggest frustration really is, it's in effect a tax on the consumption of healthy vegetables. We are producing something healthy for our communities here in New Zealand.

"When our off-road vehicles are spending the clear majority of their time off-road, we don't see that as fair and equitable," he said.

The chief executive of Horticulture New Zealand, Mike Chapman, said when the regional fuel tax was being considered it submitted to the government that off-road vehicles should be exempted and it maintained that view.

"If you've got a lot of tractors and a lot of [fuel] pumps, it's really hard to do the rebate and it's a toss up between just taking the cost on or setting up expensive administration systems... why should the growers do administration for something that shouldn't be taxed?" he said. 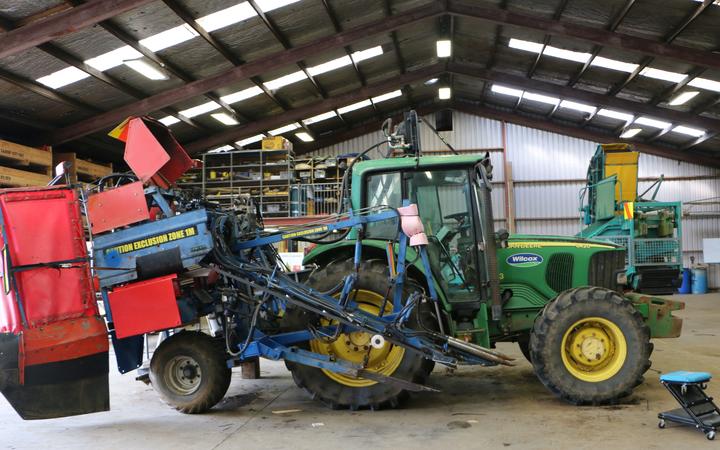 Federated Farmers Auckland president, Alan Cole, said while growers were the worst hit, others in the primary sector were affected too.

Dairy farmers were bigger users of fuel, but Mr Cole said many had told him they weren't claiming because of the time-consuming nature of the rebate system.

In a statement, the Transport Agency said as at 30 June it had received just over 1400 rebate claims and had so far paid about 990 of those to the value of $6.7 million.

While it didn't know the exact industry distribution, the majority of claims are from the construction industry.

The agency said in a statement it was looking to further improve the rebate system and had enhanced its customer complaint and feedback process.

"Regulation amendments enacted in December 2018 extended the entitlement to rebates for vehicles. This change means we are looking at how we can improve the customer experience while ensuring that claims meet the exempt use criteria," it said.