Some macadamia growers are reporting an increase in guava moth damage, scientists say. 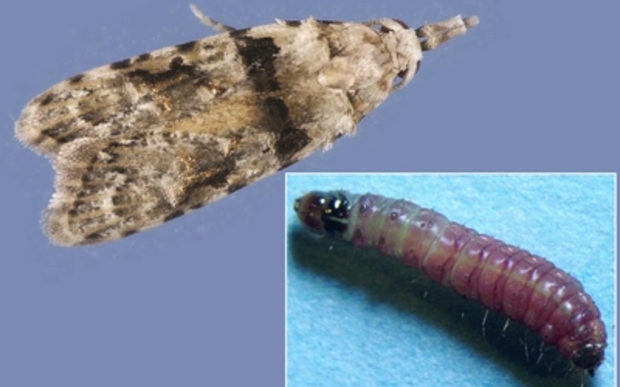 The research on the moth's impact on growers is being presented at today's annual New Zealand Macadamia Society meeting.

The fruit burrowing moth has been in the country for more than 20 years, but until recently has been limited to the Auckland and Northland regions.

Plant and Food Research scientist Asha Chhagan said as part of the research they have been looking at how far the moth has spread.

"We found guava moths as far south as north of Waikato and the Coromandel, so it is mainly the Auckland and Northland growers, but there are some macadamia growers further south than that who may start noticing damage," she said.

Dr Chhagan said macadamia growers in Auckland and Northland were noticing an increase in damage in some orchards.

She said methods such as mass trapping were being trialed to see if it will result in a lower damage rate. Researchers are also looking at how to disrupt mating.

"This is where we place our pheromone disrupters out in the orchards and what this does is it disrupts the male moth finding the female moth," she said.

Waikato-based, Feijoa Growers Association president and macadamia grower, Roger Matthews said he only found out about the moth's affect on the nuts a year ago.

"It was a surprise because we know of the guava moth being into soft fruit and macadamias are certainly on the harder side, so the grub actually lives in the husk and it deforms the nut underneath, or can get into the nut before the shell actually hardens," he said.

Mr Matthews hoped the frost in Waikato would keep the moths at bay.

But he added growers can help stop the life cycle and spread of the grubs, by getting rid of any wind-fallen fruit.