The organisation that represents Fonterra's 11,000 farmer shareholders has given the thumbs up to the sale of its ice cream subsidiary, Tip Top. 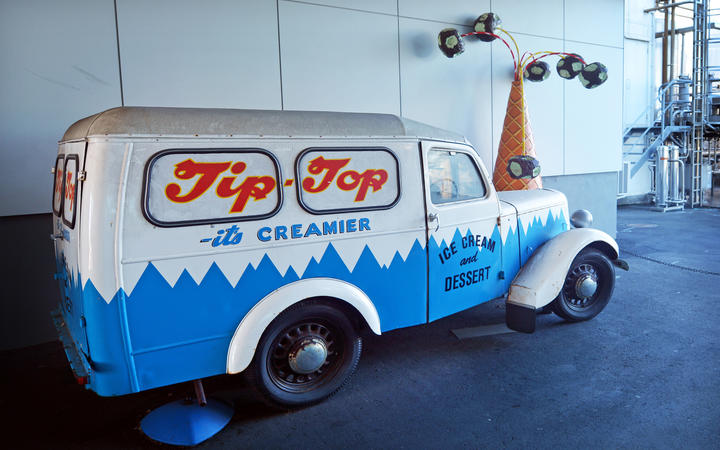 The company is being sold for $380 million to Froneri, the third largest ice cream manufacturer in the world.

The sale is part of a capital restructure which is aimed to get Fonterra's debt down by $800 million.

The sale attracted the ire of the New Zealand First leader Winston Peters, who said an important institution was disappearing into foreign ownership.

"We are trying to add value to our products, for the wealth and employment of New Zealanders, and when [sales like this happen] we need to ask how we got into the situation where we are selling it to the advantage of other economies and not ourselves," Mr Peters said.

Duncan Coull of the Fonterra Shareholders Council declined to respond to Mr Peters, but said his members were are pleased with the price achieved by the sale, which was above their expectations.

"The milk from farms is all going to Tip Top, we have got some strength back in the balance sheet, and we are heading in the right direction.

"What matters to farmers is to have a strong co-op, and if this puts us in a better position to achieve that, then I do not think there is any farmer in New Zealand who would not support that."

But, he said, his members were still protected by a collective agreement that would roll over to the new owners, and protect well paid, skilled workers, producing great products.

"There are many companies in New Zealand, with New Zealand or foreign owners.

"Tip Top, for example, was owned many years by overseas companies, and I did not hear many comments from the deputy prime minister then.

"What our focus is going to be is not about who owns this company but making sure New Zealand workers have the best terms and conditions.

"Having said that, I look forward to the deputy prime minister's support for forthcoming employment law changes that are aimed to achieve just that: to make sure New Zealand conditions are maintained and are not lost to foreign ownership."