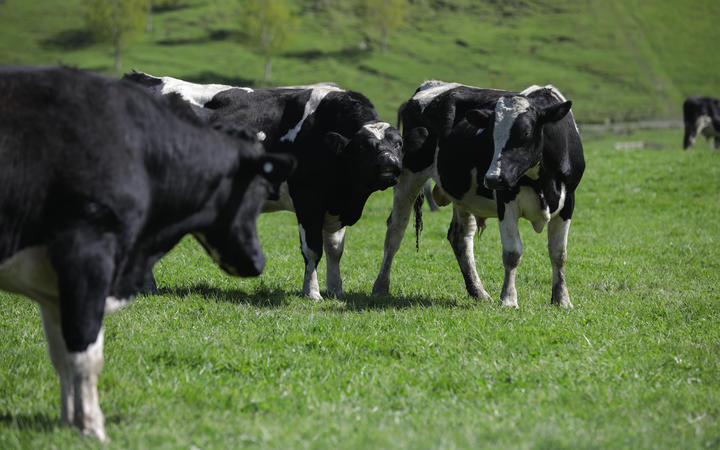 The Climate Change Response (Zero Carbon) Amendment Bill - introduced to Parliament today - treats methane treated differently to other greenhouse gases, in response to push back from the agricultural industry.

The government set a new emissions reduction target for all greenhouse gases, except methane, to net zero by 2050, in line with New Zealand's commitments under the Paris Agreement.

It sets a target for 10 percent reduction in biological methane emissions by 2030, and aims for a provisional reduction ranging from 24 percent to 47 percent by 2050.

The provisional range will be subject to review by the independent Climate Change Commission in 2024, to take account of changes in scientific knowledge and other developments," Prime Minister Jacinda Ardern said.

The aim is to help New Zealand meet its share of the world goal of limiting global warming to no more than 2 degrees - and 1.5 degrees if possible - to avert damaging climate change.

Prime Minister Jacinda Ardern said agriculture was incredibly important to New Zealand but still needed to be part of that solution.

Beef + Lamb New Zealand said the methane target was far higher than scientific evidence suggested it should be, and far higher than was proposed by the Parliamentary Commissioner for the Environment,Simon Upton.

In his report in August last year Mr Upton, said to prevent global warming, methane emissions would have to fall by a lower rate - 10 to 22 percent below 2016 levels by 2050.

Beef + Lamb's chairman Andrew Morrison said sheep and beef emissions had already reduced by 30 percent since 1990 and acknowledged there was still work to do.

"But New Zealand needs a robust science-based and fair approach when setting targets for an issue which will affect future generations," he said.

"It's unreasonable to ask farmers to be cooling the climate, as the government's proposed targets would do, without expecting the rest of the economy to also do the same."

Beef + Lamb New Zealand is calling for a fair approach where each gas is reduced based on its warming impact.

"An equitable approach requires carbon dioxide and nitrous oxide to go to net zero, and methane to be reduced and stabilised by between 10-22 percent," he said.

Greenpeace executive director Russel Norman, meanwhile, said a 10 percent methane reduction by 2030 was a "miserly ambition" and the bill had been watered down by vested interests like the agricultural sector.

He said the bill had no ability to enforce its climate change targets. "There's bark, but there's no bite."

Dr Norman said the bill would have little direct effect because it had specifically written out any mechanism that would hold any person or body to account for not adhering to it.