Feijoas are under attack on two fronts, from an established pest and a new strain of fungus. 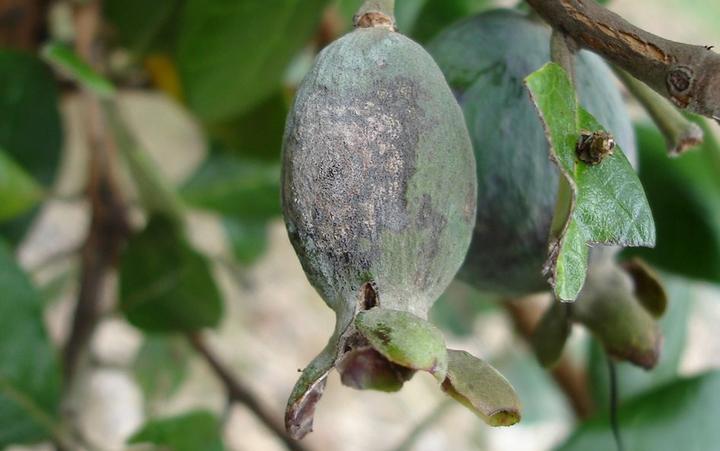 There are fears the anthracnose fungal disease wiping out feijoas in Kerikeri could spread to other parts of New Zealand. Photo: Supplied / Dr Pia Rheinlander

The guava moth has caused problems since it arrived in Northland 20 years ago, gradually spreading south to Waikato and Coromandel.

But now there are fears the anthracnose fungal disease, which has devastated crops in Kerikeri, could travel and infect fruit further south.

Guava moths have caused major problems for Peter Jack at his Kerikeri orchard but he was now more concerned about the anthracnose strain, called colletotrichum theobromicol.

"It starts off as a little bit of a purpley black spot and once you get a whole lot of wet weather the infection sets in.

"Mostly with these newer varieties (of feijoa) you get early fruit drop way back in the beginning of January where the fruit is only 25mm long and it falls off," he said.

The new strain behaved very differently from other versions of anthracnose because it was usually a post-harvest spot, but this version attacked the fruit before it was ready, he said.

No fruit from Mr Jack's orchard was sent to market this year because of the fungus, and he knew of three other orchards in a similar position.

Other orchardists further down the country should be worried about the fungus, he said. "If they're not, they certainly should be. With an insect you can kill it but with a fungus it's way more difficult."

Feijoa Growers Association president Roger Matthews said it was heartbreaking that the same growers who dealt with the guava moth are now faced with anthracnose.

"There's certainly concern seeing some of the devastation caused in northern orchards.

"There is a hope that it's tied to the humidity rates that they find up north and that might limit its spread further south, although with climate change, anything could happen," he said. 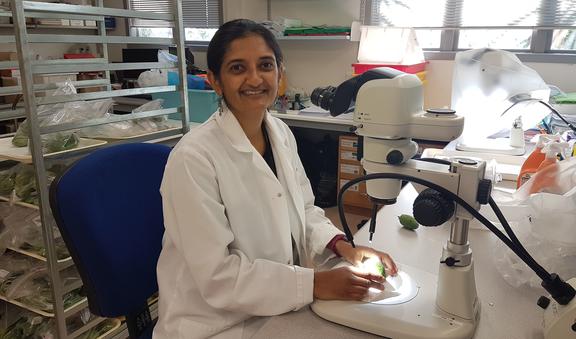 Research led by Plant and Food Research Ltd into these twin threats was underway, funded by the Sustainable Farming Fund.

Dr Asha Chhagan is two years into a three-year study investigating the guava moth. The pest came to Northland from Australia 20 years ago and had taken hold, she said.

"All of Auckland is unfortunately affected, we've collected fruit north, south, east, west, everywhere we've been getting fruit with guava moth in it."

Very little was known about the moth other than it affected citrus, stone and pip fruit as well as macadamia nuts, Dr Chhagan said. 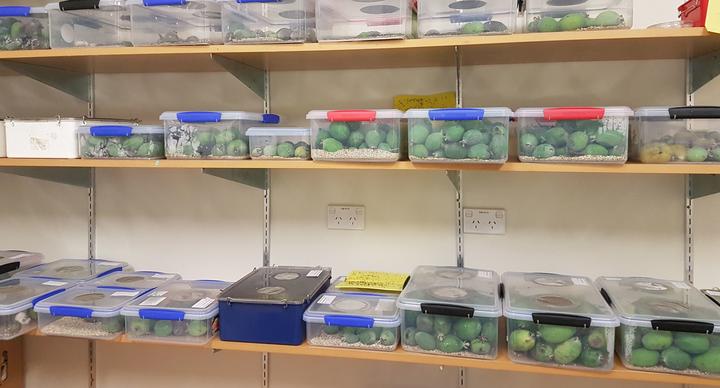 "We're a little bit on the back foot because in Australia guava moth is not a major pest. We have assumed that it will be controlled by potential natural enemies over there, so other insects.

Another Plant and Food scientist, Dr Pia Rheinlander, has just started a research project into the anthracnose fungus, also funded by the Sustainable Farming Fund. 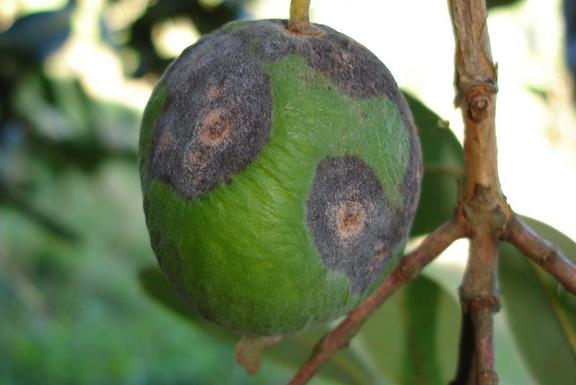 Dr Rheinlander said it was a very serious disease and very little was known about it. "This is a world of plant pathology. Suddenly a new disease occurs and we don't know where it came from, we don't know how long it's been here.

"Now this species affects the fruit when its immature and that's what's different and causes them to drop," she said.

She had also observed that it had caused dieback on the trees. It was unfair that the same growers in Kerikeri were dealing with another threat, she said.

"First they get the guava moth and now they're having this acute disease problem. The growers up in Kerikiri are stressed, it's their livelihood.

"I heard some growers saying they are losing up to 80 percent of their crop," she said.

In Kerikeri, Mr Jack said the disease has already taken hold in his orchard, and he doubts the situation will improve. "Hopefully maybe, some of the money in the funding will find something. It's maybe too late for us but that's alright, we'll keep going and see if we can be of any help with the research," he said.