A new class of beef from one-year-old cows is available to taste test at Central Districts Field days this week. 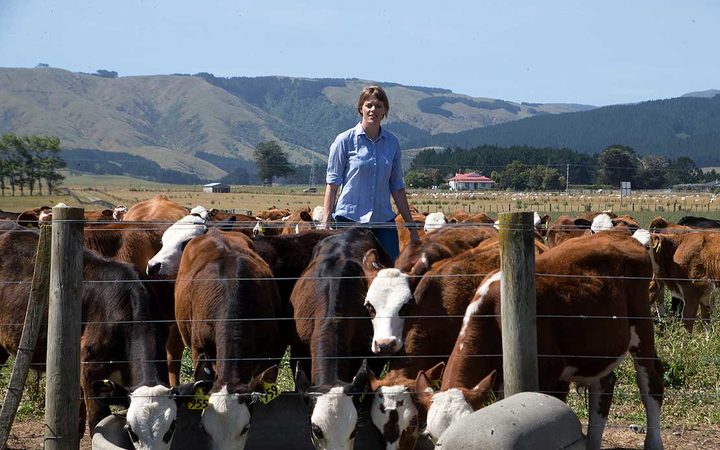 A Massey University research programme, New Generation Beef, is looking into whether the dairy industry has the potential to drive a new type of beef product by rearing surplus bobby calves.

Project leader Nicola Schreurs said traditionally the bobby calves which had not been sent to slaughter within about seven days as veal had been fattened up for two to three years before being sent to the meat works.

But Dr Schreurs said the project looked to maximise the growth of the calves in the first year, slaughtering them earlier than usual to reduce farm costs while still retaining value.

While bobby-calves' skin was valuable, there was a limited market for veal, she said.

About 2 million bobby calves were born each year, and New Zealand farmers would quickly run out of land if they tried to rear them all for two or three years like traditional beef production animals, said Dr Schreurs.

"So we thought, what if we can accelerate that a little bit more and just go to about one year of age?" she said.

The slaughter age for New Generation Beef is about one year, making it a new class of beef.

The product is available for tasting at the field days in Feilding this week.

Dr Schreurs said she was excited to receive feedback from the public about the taste and concept, and to get ideas about how it might fit into farming and meat processing systems around the country.

"What we are finding... from some of our initial taste tests with farmers is the preference tends to be somewhere around that 10 months of age, plus at that point they have a nice shaped carcass, and we are getting plenty of meat off them as well," she said.

"We realise it's early days with New Generation Beef, and there are still some hurdles in terms of the production chain that we have to think about," said Dr Schreurs.