A slow down in milk supply globally has helped dairy prices rise to their highest level in eight months. 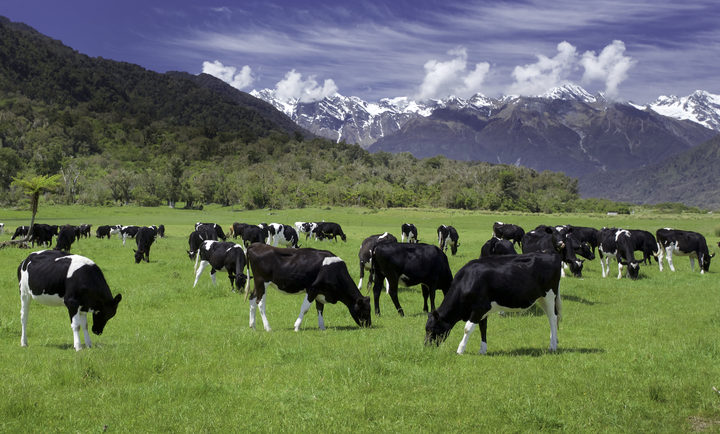 At the latest global dairy auction held overnight - the average price was up by 0.9 per cent to $US3271 a tonne.

It follows a 6.7 percent rise in the previous auction two weeks ago.

The price for whole milk powder, which has a key influence of farmer payouts, lifted by 0.3 percent, to $US3022 a tonne.

Dairy prices have been rising since late November when they hit a two-year low because of an oversupply on world markets.

ANZ's agriculture economist Susan Kilsby said a global slowdown in milk production is what has driven prices up in the last few months.

"The growth rates out of Europe and the US are much more moderate than what we had seen previously, so that's supportive to prices going forward," she said.

"Where the uncertainty really comes is more on the demand side, with the global economies not expected to perform quite as well as they have done throughout the rest of the year, so that will be an interesting one to watch... how that balances out," she said.

ASB rural economist Nathan Penny said supply softness in the EU, US and Australia played in New Zealand's favour, as dairy production here had been strong.

"EU and US supply are both set to end 2018 up a modest one percent or so on 2017 and we anticipate more of the same over 2019. Meanwhile, Australian production is down five percent on a season to December basis," he said.

NZ milk production up for January

Figures from the Dairy Companies Association of New Zealand show milk production for January 2019 was up 7.7 per cent on the previous year.

Meanwhile, season-to-date milk solids production was tracking 5.5 per cent ahead of the same period last year.

NZX dairy analyst Robert Gibson said season-to-date milk production was at the highest level since the 2015-16 season, despite there being 119,000 fewer dairy cows and heifers in milk or calf.

"New Zealand's weather has been largely supportive to pasture growth for much of the season, with dry conditions only creeping into the North Island and parts of the South Island.

"Those favourable conditions are seen providing a buffer to the recent dry spell," Mr Gibson said.

ASB rural economist Nathan Penny said milk production for this season was on track to set a record, although the recent hot weather may start taking a toll.

"There is a risk if the hot weather continues that production growth for the season ends at a more modest three percent," Mr Penny said.